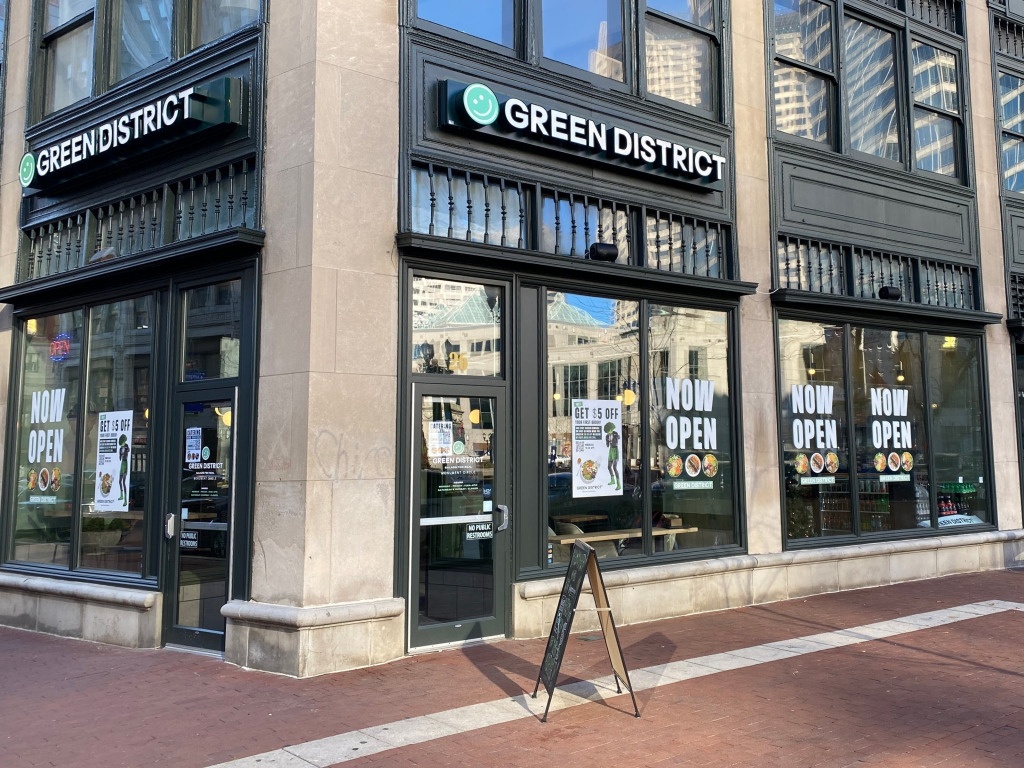 Following its September arrival on Monument Circle, fast-casual restaurant chain Green District plans to add locations in the Nora neighborhood and Fishers in the second quarter of 2022.

The new Indianapolis Green District, 1405 E. 86th St., will be a neighbor to Sahm’s Ale House along the Monon Trail. In Fishers, Green District will have a Nickel Plate District address at 8701 E. 116th St., Suite 104.

Known for fresh-to-order salads, wraps and grain bowls, Green District was founded in 2017 in Louisville.

In downtown Indianapolis, Green District opened this fall at 28 Monument Circle in a spot previously occupied by a different fast-casual chain, Au Bon Pain. In March 2020, Au Bon Pain closed during the early stages of the pandemic and never reopened.

A Green District opened in 2020 at Plainfield’s Shops at Perry Crossing.

For a short time, Green District had a franchised location in Fishers, but that store closed in 2020 because its franchisees moved to Texas for a job-related transfer that was not related to Green District, company co-founder Chris Furlow told the Indianapolis Business Journal earlier this year.

“We already knew we wanted several stores in the Indianapolis market,” Green District co-founder Jordan Doepke said in a statement. “I attended college in Indianapolis, so the city is near and dear to my heart. The excitement surrounding our downtown opening really solidified it for us.”