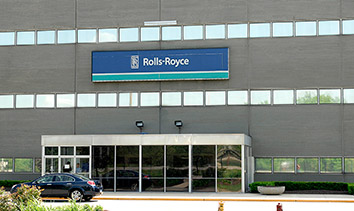 If a tailor-made tax credit is any indication, Rolls-Royce Group plans to spend at least $500 million modernizing its Tibbs Avenue jet-engine factory.

The project won’t mean any new jobs, but it could still earn the company a $17 million payment from the state of Indiana.

The money would come from a refundable tax credit created by the 2015 General Assembly. A refundable tax credit lowers the taxpayer’s liability to less than zero and allows the government to refund, or make a payment, for the difference. While that particular benefit of Senate Enrolled Act 441 is likely to be limited to Rolls-Royce, one observer said it could signal a broader policy shift toward cash benefits for large capital investments.

“I think that is a positive step for Indiana to be competitive,” said Larry Gigerich, managing director of the site-selection firm Ginovus. Both Illinois and Ohio offer refundable tax credits, and Michigan offers cash grants, he said.

Indiana already offers a refundable credit through the Economic Development for a Growing Economy, or EDGE, program, which emphasizes job creation.

Rolls-Royce would benefit from SEA 441’s changes to the Hoosier Business Investment credit, which emphasizes capital investment along with job creation. Taking away the job-creation requirement would be attractive to the manufacturing sector, where head counts are usually flat, Gigerich said.

Rolls-Royce employs about 1,500 union-represented workers at its Tibbs Avenue plant, the company’s oldest and largest North American factory. Those workers are under more pressure to reduce costs since the British aerospace defense company put its North American headquarters in Reston, Virginia, in 2007 on a new campus that includes advanced manufacturing facilities.

United Auto Workers Local 933 accepted concessions in a 2011 contract to prevent work shifting to Virginia. Frank Poynter, chairman of the Rolls-Royce bargaining unit, couldn’t be reached for comment about the plant-modernization plan.

Company officials first publicly discussed the modernization plan at an IBJ aerospace and aviation breakfast April 21, though they would say little beyond that the project would cost hundreds of millions of dollars.

The plant produces engines and engine parts for small passenger jets and a variety of military aircraft, from cargo planes to the Global Hawk Surveillance craft.

“It’s solidifying what we have and modernizing our facilities to make them competitive,” retiring CEO Jim Guyette told IBJ.

The legislation tweaked the Hoosier Business Investment tax credit in a way that is most likely to benefit only Rolls-Royce’s Indianapolis project, Indiana Economic Development Corp. officials acknowledged.

“Any company that meets the eligibility requirements could take advantage of the change, but the chances that another project meets all the conditions are slim,” IEDC spokeswoman Abby Gras said.

A company would be eligible if it spends at least $500 million over five years and reaches an agreement with IEDC by Jan. 1, 2017.

A company claiming the Hoosier Business Investment credit under the new provision must also agree to claim no more than $170 million in eligible expenses. In that case, IEDC may award a refundable credit of up to $17 million.

That amount is more than the $12 million IEDC awarded in Hoosier Business Investment credits in all of 2014.

IEDC advocated for changing the Hoosier Business Investment credit to remove the job-creation requirement in hopes that it would be more open-ended, Gras said. The result of this year’s session is a “step in the right direction,” she said.

Hicks said the HBI and EDGE credits are both fairly effective at attracting jobs.

“The real problem with the investment incentives occurs at the local level, where perhaps $1 billion of personal property taxes are abated each year,” Hicks said in an email. “This program is so large that it has a very poor job-creation tax record.”

Rolls-Royce’s modernization would boost Marion County’s property-tax base, but the company could receive abatement. In 2011, when Rolls-Royce moved its engineers and administrative staff to a former Eli Lilly and Co. building south of downtown, Mayor Greg Ballard’s administration offered a $21 million tax abatement for the Tibbs Avenue property, based on plans to invest $190 million over 10 years. No new jobs were created, but the city feared losing existing jobs.

Rolls-Royce is currently receiving abatement on personal-property taxes that began in 2011 and lasts 10 years.•