Holcomb released from hospital after two-day stay for pneumonia 6:19 pm

Indiana Gov. Eric Holcomb, 54, is now resting at home, according to a statement released Saturday on Twitter by press secretary Erin Murphy. 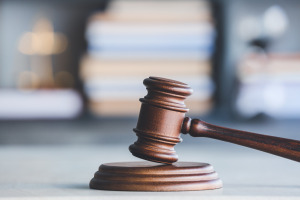 The ruling comes two days after the attorney general’s office asked the state medical licensing board to discipline Dr. Caitlin Bernard, alleging she violated state law by not reporting the girl’s child abuse to Indiana authorities.

FBI Director Chris Wray warned Friday that control of the popular video sharing app is in the hands of a Chinese government “that doesn’t share our values.”

Opioid settlement cash to be in local hands within a week

Home of the Day

Brought to you by Taft