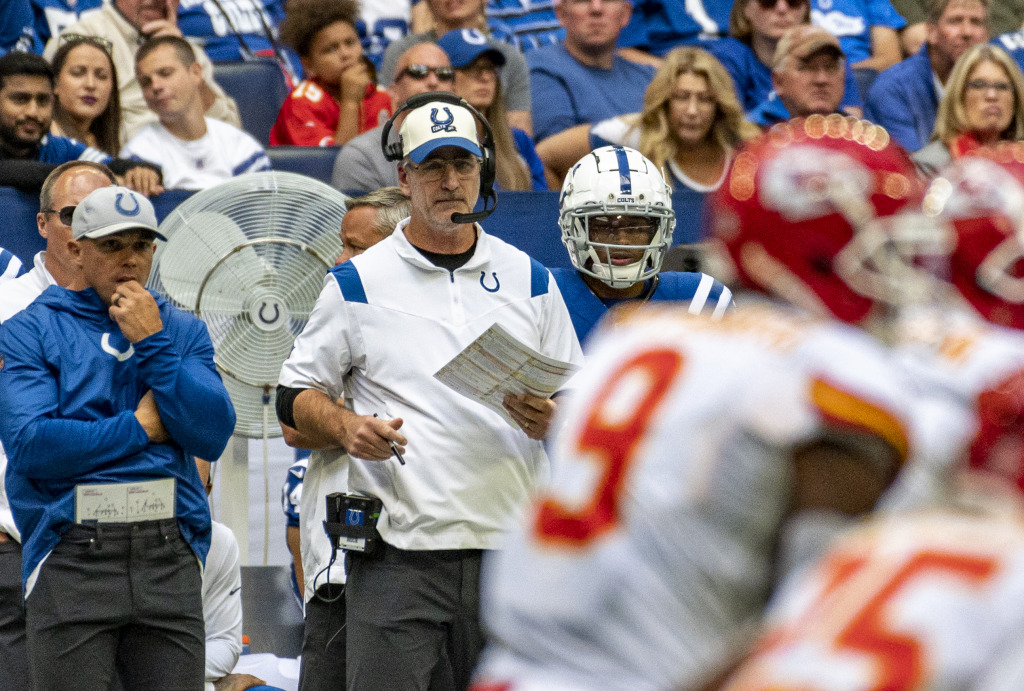 Frank Reich has been fired from his post as head coach of the Indianapolis Colts, the organization said Monday.

The ouster, during Reich’s fifth season with the team, follows a overwhelming 26-3 loss to the New England Patriots on Sunday, dropping the Colts to 3-5-1 this season. ESPN’s Adam Schefter first reported the news late Monday morning, and it was soon confirmed by the Colts.

The Colts on Monday also named five-time Pro Bowler Jeff Saturday as interim head coach. Saturday, an ESPN football analyst since 2013, played 12 seasons as an offensive lineman with the Colt, 1999-2011, along with a one-year stint with the Green Bay Packers in 2012. Saturday has been a consultant for the Colts over the past few years.

In losing their third straight game Sunday, the Colts went 0 for 14 on third down, allowed nine sacks and totaled just 121 yards of offense at New England. The Colts have the NFL’s lowest scoring offense.

Reich, a longtime NFL quarterback, was hired in 2018 after stints as offensive coordinator for the San Diego Chargers and the Philadelphia Eagles.

Reich, 60, was hired in 2018 after serving as offensive coordinator for the Super Bowl-winning Philadelphia Eagles. He led the Colts to the playoffs in two of his first four seasons and had them on the cusp of making it last season. But Indy lost its last two games to miss the postseason.

This is the third major move in three weeks for Indy. Two weeks ago, Reich announced the benching of longtime NFL veteran Matt Ryan, the league’s 2016 MVP. Last week, he fired offensive coordinator Marcus Brady even though Reich was the one calling plays.

Reich on Sunday took the blame for the drubbing at the hands of the Patriots and the team’s inability to find the end zone.

“Starting with me, right? That’s what I said in the locker room. The offensive performance, that’s why I was brought here. That’s my responsibility,” Reich said. “We’ve got the players that are plenty good enough. I have to do a better job. It starts with me on offense. I need to do a better job getting the guys ready to play, putting guys in a good position to win and having answers when we face problems.”

When he was hired in 2018 by Indianapolis, it was Reich’s first head coaching job. He was a coaching intern as far back as 2006 for the Colts before making his way up the ladder, with stints as offensive coordinator for the San Diego Chargers and the Philadelphia Eagles prior to returning to Indianapolis.

The Colts are expected to hold a news conference Monday evening to discuss the team’s plans for an interim head coach.