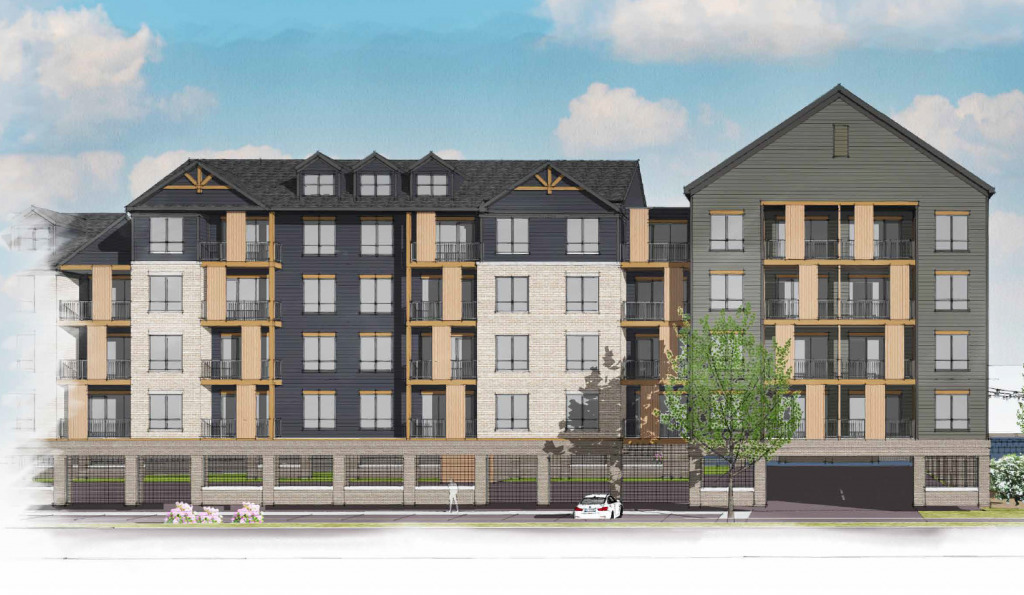 A pair of local developers plans to spend at least $61 million to convert The Willows Event Center and adjacent land north of Broad Ripple into more than 250 apartments and townhouses, despite objections from nearby residents.

J.C. Hart Co. Inc. and Chase Development LLC are partnering on the redevelopment of about 8 acres in and near the 6700 block of Westfield Boulevard. The property also features a 13-acre pond.

The redevelopment project, located near the southern boundary of the Nora neighborhood, includes a $53 million apartment complex and more than a dozen townhouses.

However, the developers face pushback from neighbors, who say they are concerned the size and scope of the project don’t jibe with the rest of the neighborhood.

The apartment project, to be developed by J.C. Hart, would consist of three apartment buildings totaling 238 units and 303 parking spaces directly along Westfield Boulevard, just north of the oxbow in the White River. Apartments would range from about $1,200 to $2,100 per month.

Chase Development would spend no less than $8 million on the townhouses, which would range from three to four stories and run about $700,000 to $1 million. Those properties would run along North Dawson Lake Drive, on the southern half of the 13-acre pond.

The apartment portion of the development is expected to feature at least 23 apartments for those making up to 50% of the area’s median income, as part of an effort to secure tax-increment financing bonds from the city. An affordable housing element is a requirement for any multifamily projects receiving city funds.

The Willows opened in 1988 at 6719 Westfield Blvd., but is closing due to financial struggles since the start of the pandemic. The ownership group sought proposals from various developers to buy and recast the property, ultimately picking J.C. Hart and Chase.

John Hart, founder of J.C. Hart, said he believes the project is warranted for the neighborhood and would be beneficial in the long run for current and future residents.

He said the firm’s development team offered as many concessions as possible to appease neighbors. Among the changes, Hart shifted plans for the apartments from one building to three and shortened the height of parts of the structures from four stories down to three.

“We thought [that] would be something that neighbors would think would be a positive gesture on our part, but so far, I don’t know that they’ve embraced that,” he said. “We’ve listened and we’ve tried to make changes that will be positive for the neighborhood.”

But property owners in the area, including many members of the Oxbow Estates Homeowners Association and Marott Island Community Association, remain opposed to the project on multiple fronts. Among their concerns are that the project will hamper traffic flow in the area, that it’s too dense for the neighborhood, and that such a development is in violation of the city’s comprehensive plan because of its size and uses.

That hearing will consider a rezoning application from the developers to convert the land to the DP (planned development) designation from its current commercial use designations. The land is under contract by the developers for an undisclosed price, pending city approvals.

“The density, height, and footprint of these proposed luxury apartments and condominiums violates the City’s Comprehensive Plan,” John Kautzman, a board member of the Oxbow Estates Homeowners Association, said in emailed comments to IBJ. “In fact, the proposed density is essentially double what is recommended by the Comprehensive Plan, potentially adding hundreds of cars and pedestrians and creating a serious traffic hazard adjacent to a dangerous blind curve on Westfield Boulevard.”

Kautzman said neighbors would prefer for the property to retain a neighborhood suburban classification—the same one it has in the city’s comprehensive plan—rather than be altered to a typically higher-density planned unit development designation. They also fear the project could negatively impact local ecology.

He added residents are also concerned with the potential use of tax-increment financing dollars for the project, which for 25 years would divert about 80% of the real property tax generated by the improvements to the site toward paying off bonds on the project. The other 20% would go to the city like other tax dollars do.

However, Hart said, even with tax-increment financing in place, the project is expected to add about $10 million to the neighborhood’s tax base over 25 years, compared to about $45,000 that would have come from The Willows.

Hart also pointed to a traffic study commissioned by the developers that shows the project would not adversely affect the neighborhood.

Despite neighbor objections, the development has support from City-County Councilor Keith Potts, D-District 2, who said he has sought to bridge the divide between the developers and the neighborhood residents.

“My role in the process is as a mediator; I take the concerns of the community to the developer, and it’s a back and forth, give and take,” he said. “At the end of the day, nobody’s fully happy with me, because I’m asking everybody to give a little bit.”

If the rezoning request is approved by the MDC, it would then go to the City-County Council for consideration.

Potts said he believes the developers have made as many concessions as possible to win support of the neighbors.

“The impression that I get from the neighbors … is they just don’t want it to happen, period,” he said. “The folks who own the property have the right to petition to redevelop it and they’re going through the process.

“I understand that folks don’t want it to happen. That point has been made loudly and clearly over and over. But at the end of the day, when it comes down to how I feel about the project, I feel the developers have thoughtfully made concessions to address the concerns and I feel they’ve done their due diligence.”