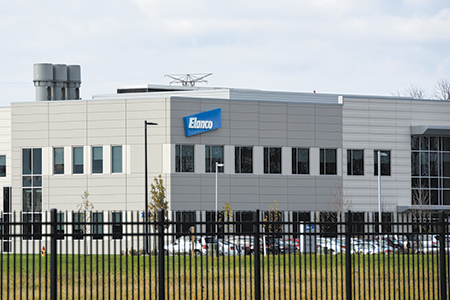 Central Indiana civic leaders have reason to shudder when one of our public companies issues a press release with the phrase “reviewing strategic alternatives.” Often, that means a sale is coming, thinning the ranks of major, locally based employers.

Angie’s List was the latest to go down that path—launching an analysis in 2016 that led to its $505 million sale to New York-based IAC in October. It was the same story at cell phone distributor BrightPoint Inc., which California-based Ingram Micro Inc. scooped up in 2012 for $650 million. And the list goes on.

So what are we to make of Eli Lilly and Co.’s announcement this month that it is reviewing options for its Greenfield-based animal-health business, Elanco, which has 800 headquarters employees and annual sales of $3.2 billion?

New Lilly CEO David Ricks declared in a press release that “we’ve grown Elanco to a size and scale that now allows us to consider a variety of options to maximize future value.” Lilly said the options include “an initial public offering, merger, sale, or retention of the business.”

Let’s start with some comforting words from Kurt Kemper, an analyst following health care companies at Hilliard Lyons in Louisville. In a report, he said, “In terms of a possible sale, we won’t rule it out but we don’t see any buyers, particularly from the current animal health playing field due to antitrust concerns.”

Indeed, Elanco is the No. 3 player in a field of giants, with the top four players alone collectively garnering more than $14 billion in sales—a concentration that has caught the attention of antitrust regulators.

Lilly was able to scoop up a portfolio of pet vaccines for $885 million last year after regulators forced Germany-based Boehringer Ingelheim Vetmedica to divest it in order to move forward with another deal. Conversely, Lilly had to cast off Swiss drugmaker Novartis AG’s canine-heartworm product line before it could complete the $5.4 billion purchase of Novartis’ animal health business two years ago.

Then there’s the IPO option, which, on its face, sounds exciting. U.S. companies have a long history of unlocking value by taking potential-rich business units public that are largely ignored by investors when they are a small part of the whole.

For an example, we need to look no further than Guidant Corp.—the name Lilly adopted for its medical-device businesses when it bundled them together and took them public in 1994.

In that instance, the strategy worked in spectacular fashion. At its IPO, Guidant had annual sales of $862 million and a stock market value of $1.2 billion. Twelve years later, the company—then with $3.6 billion in revenue—sold to Massachusetts-based Boston Scientific Corp. for $27 billion.

The largest animal-health player, New Jersey-based Zoetis Inc., is itself the product of just that form of spinoff. It was wholly owned by New York-based Pfizer Inc. before its 2013 IPO. Since then, Zoetis shares have rocketed 145 percent. Life Science Leader magazine this summer called it “one of the most successful spinoffs—ever.”

But unfortunately, Elanco is no Zoetis, at least not yet. Analysts say Elanco has smaller profit margins and less-robust growth potential. In fact, were it not for the pet vaccines Elanco bought from Boehringer last year, Elanco’s third-quarter revenue would have fallen 4 percent.

Between now and mid-2018, when Lilly plans to announce its Elanco decision, “we believe that Elanco needs to show meaningful organic growth … and increase visibility for investors to become comfortable with long-term growth prospects,” BMO Capital Markets analyst Alex Arfaei said in a report.

If Elanco were humming like Zoetis, and thus commanding a similar earnings multiple, it might be worth as much as$16 billion, analysts say. However, Arfaei said a more rationale valuation would be $10 billion to $12 billion, which he said is not a rich enough price to justify pulling the trigger.

If Lilly were to sell Elanco for $10.5 billion and use all those proceeds to buy back company stock—a move that would give remaining shareholders a larger slice of the ownership pie—Arfaei doubts Lilly shares would see a meaningful boost.

“We doubt the Elanco split/spin would make sense,” he said in his report, unless Elanco’s growth and profitability “improve meaningfully” or Lilly shares fall sharply from current levels.

Arfaei said he thinks Lilly is considering casting off Elanco at this inopportune time because Lilly “needs the financial engineering to offset other headwinds,” including new competition and pricing pressures facing its stable of diabetes drugs.

Adds Hillard Lyons’ Kemper: “Frankly, we would have preferred to see the business stabilize before making this announcement.”

Even if Lilly proves doubters wrong and successfully takes Elanco public, Elanco’s long-term future in central Indiana is far from assured. Once a business leaves the Lilly fold, it’s subject to a range of new risks, including intense pressure from Wall Street to maximize shareholder value.

Look no further than Guidant to prove that point. It had a great run, but today it doesn’t exist.•