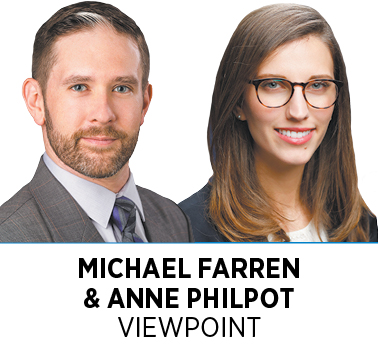 More than 106 years ago, the Titanic sailed on her ill-fated maiden voyage. But by happy accident, industrialists J.P. Morgan and Milton Hershey literally missed the boat. In more recent news, Indianapolis officially learned that it’s no longer a candidate for Amazon’s expanded headquarters, HQ2.

Perhaps Hoosiers should breathe a sigh of relief. The resulting subsidies could have sunk the city’s finances.

Sure, politicians from sea to shining sea offer corporate tax breaks and other handouts all the time. Paying businesses to relocate and allegedly create local jobs is good politics, even if the facts tell us it isn’t good economics. The sheer size of the Amazon subsidies makes an already-shaky policy potentially catastrophic.

Estimating the cost of the subsidy bids is difficult—especially since Indianapolis and Indiana officials won’t reveal the subsidies they offered Amazon. The few publicly available bids initially made by semifinalist cities and states averaged a staggering $8.9 billion over 15 years.

First, they don’t work. Companies move for profitability reasons, and local tax policy is only one small part of that. The availability of a skilled workforce, access to resources, and opportunities to work with nearby industries usually outweigh any subsidies. Tax incentives are at best a tiebreaker and more often than not simply a waste of public money.

Second, giving tax privileges to one company imposes costs on other businesses and residents. Locals must either pay more for a given level of public services or accept a reduction in service quality and quantity. The average publicly available city bid for Amazon ($2.15 billion) could instead fund 800 additional Indianapolis police officers—a 50 percent increase—or pay for the cost of educating 7,200 public-school students each year.

The higher taxes to fund the subsidy and the long-term costs of reduced public services generally outweigh any extra tax revenue that might be generated, meaning these schemes don’t pay for themselves.

Third, and most important, special government privileges degrade our democratic ideals. Because we allow (and often encourage) politicians to offer special privileges, corporations and special interest groups have all the motivation they need to lobby hard for them.

Many politicians and economic development officials see the ruse for what it is, but they feel trapped because every other city and state is doing it. Politically, they can’t risk letting their neighbors outcompete them.

Economists call this kind of problem a “prisoner’s dilemma.” Late Indiana University professor and Nobel laureate Elinor Ostrom illustrated that mutual cooperation is the solution, but it requires clear lines of communication and credible commitments from all parties involved. An interstate compact that forbids the use of public funds to privilege any business or industry—compelling policymakers to treat every company equally—offers one way out.

In the end, Indianapolis might be better off without Amazon—especially given the exorbitant subsidies offered—even if the rejection stings. Sometimes missing the boat is the best thing that can happen to you.•