Homeownership plays a dynamic role in building strong and stable communities. But access to that dream of owning a home is not equitable across neighborhoods, communities and racial and ethnic groups.

The groundswell of support for climate action can also be felt here in Indiana: More than half of Hoosiers now understand that human activity is a major cause of climate change, and nearly two in three registered voters say the state should play a major role in fighting it, according to recent polling conducted by The Nature Conservancy in Indiana.

Most of the time it seems that average citizens, rather than corporations, are the parties most often on the receiving end of agency misfeasance or malfeasance in failing to comply with the two primary public access statutes.

In the workplace: Innovation with bumpers is better way to go

This article is for people in those companies that tried new business ideas, regardless of whether they worked. Most leaders would agree that it’s important for their company to be innovative but struggle to empower their people.

That’s one of the key questions we should all be asking ourselves after a damning report by the U.S. Inspector General found FBI officials made “fundamental errors” and exhibited “extremely poor judgment” in the handling of sexual abuse allegations against Nassar, first reported to the agency in 2015.

Lesley Weidenbener: Honoring people is a great—and unexpected—part of my job

Reading dozens and sometimes hundreds of nominations for an awards program provides insight into organizations, companies and even industries I had no idea existed. Often 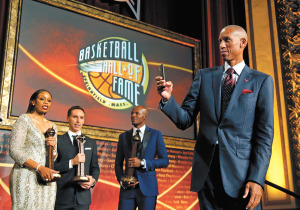 The Pacers have the 13th overall selection this year, a middling first-round selection for a team coming off a middling season.

Urban Design: Indy can advance by seizing these major opportunities

We also have an abundance of potential catalytic projects—either in design or gaining momentum—that, thoughtfully executed and with the right partners in place, could set the bar for our next 100 years.

A federal-sized infrastructure assist would allow Indianapolis to take responsibility for some of the unjust transportation projects of our city’s history.

Our supportive and locally elected school boards charged us to determine how we could address equity and equality not only in the classroom but also in our operation.

While the story sadly does point to actual injustice in America’s past, it is not CRT and doesn’t help the reader understand CRT.

The work of one of the foundation’s fellows has brought the Dolly Parton’s Imagination Library to Indiana.

On July 1, the NCAA eliminated a ban on the ability of student-athletes to make money through endorsements, autographs and other uses of their names, images and likenesses.

Bohanon & Curott: Neighborhood covenants can be local government at its best

Residential covenants ensure restrictions on property use originate from homeowners in the neighborhood.

Pete the Planner: How to teach teens the value of investing

I’ve come to learn that three areas need to be addressed when teaching teens how to handle money. They all feel intertwined, but they aren’t.

In the workplace: Before allowing flexible work, clearly define it 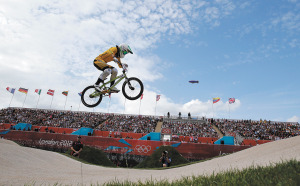 You think Indianapolis had its hands full hosting the NCAA Tournament without the walls crumbling in from COVID? Multiply that by a hundred and you get Tokyo.

Editorial: Spending on state parks, trails is welcome at time when talent attraction is crucial

We know that, as more companies move to remote working opportunities—and examples of that are all around us—employees will be able to more easily choose where they live. For Indiana and central Indiana to compete, we must step up our game.

Lesley Weidenbener: Downtown has been my safe space

I was startled when some extended family members recently expressed shock that I continue to come downtown every day—and that I worked in the IBJ office on Monument Circle regularly through the pandemic. They assumed it was too unsafe.