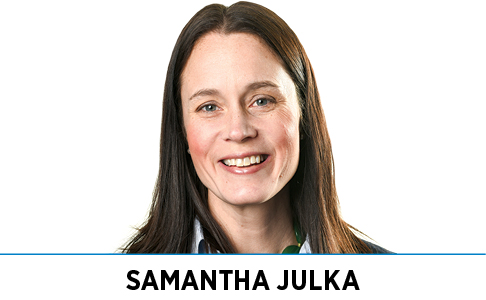 A question we are often asked by leadership teams is how people from different generations differ in their perspective on the workplace. And like the good researchers we are, we set out to see if we could find statistically based evidence to support the claim that major differences exist between boomers, Xers, millennials and now Generation Z.

Maybe we all yearn to find clear cut differences between these groups to prove our theories that all lazy millennials need is a bean bag chair and free snacks at work to be happy and all the boomers need is a private office with a window, a hefty dose of respect and a millennial nearby to explain technology. And the Xers … well who cares about the Xers and what they need—they can just make it work.

We’ve looked hard to satisfy those self-fulfilling prophecies, but we always come up empty handed. We worked with a large engineering firm where leadership was pretty sure that older workers were more likely to want a private office for themselves. We asked the question directly in interviews, and almost laughed out loud once we looked at the data. Within each age group, the proportion of those who wanted a private office was almost exactly the same as those who didn’t. There was no difference between age groups.

So how do we explain this? Well, some people felt they needed an office because of their job function, like if they hold a lot of one-on-one meetings or take a lot of phone calls. Or they wanted one based on their personality type. Just because you’re a millennial doesn’t mean you can focus or thrive in a chaotic, noisy environment, and just because you’re a baby boomer doesn’t mean you can only work by yourself behind a closed door. Some boomers draw energy from being around other people, and they’re just waiting for someone to offer them a bean bag chair.

We’ve also taken a quantifiable, behavior-based, observational approach to look for generational differences in workplace behaviors and activities. Again, from a statistical standpoint, we have mostly come up empty handed. For example, we worked with a science and technology research firm and looked at how often employees were talking, using a phone or working with paper at their desks. There was no significant variation between age groups. We found only slight elevations in numbers when it came to screen time and wearing headphones at a desk. The younger the age group, the more likely it was that they were working on a computer or wearing headphones. This wasn’t necessarily due to generational preferences, but instead based on where people were in their careers. Most people in the younger age groups were individual contributors. The older age groups included more people in leadership positions, which require their presence in meetings and away from their screens.

We summed up the generational differences for a client when we stated: It’s not about the generation; it’s about the individual. When designing future offices spaces, our research team at DORIS would say the smart money is on understanding your unique workforce and providing opportunities for choice and variation in your office. Don’t be surprised if you execute this and you see a millennial gravitating toward an enclosed individual space and a boomer sitting at the coffee bar with headphones on—and keep an eye out for those Xers, they’re lurking around somewhere.•