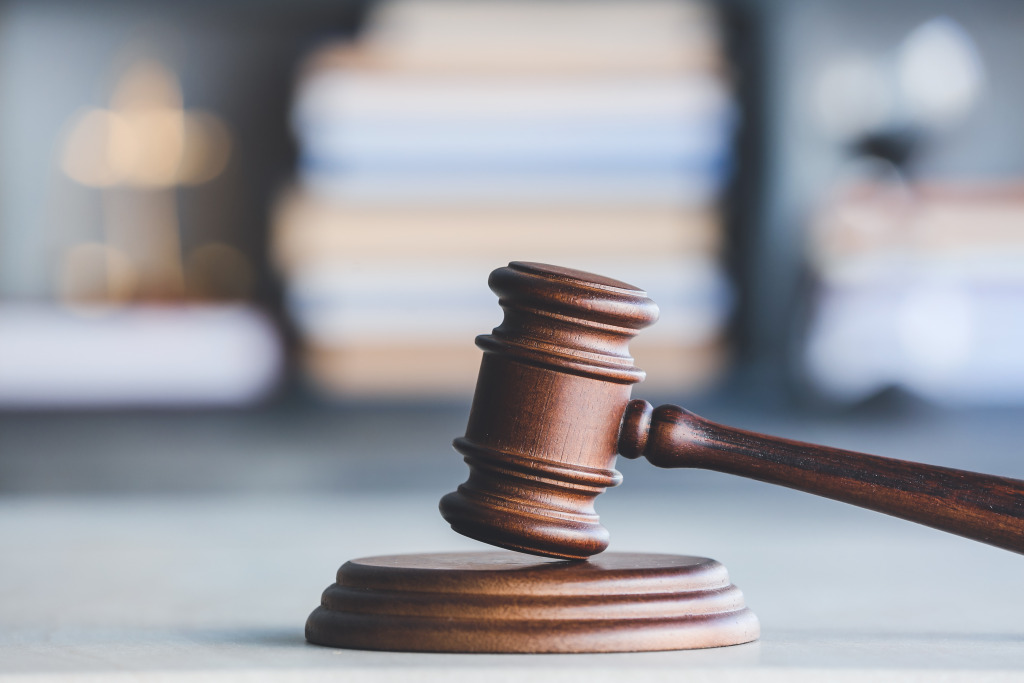 A Bedford Republican wants to change who has the right to bail in Indiana—and it will mean editing the state’s constitution to make it happen.

Prosecutors say Sen. Eric Koch’s Senate Joint Resolution 1 would keep dangerous people off the streets before trial, while defenders and civil rights advocates say its subjectivity could endanger the rights of those presumed innocent until convicted.

In Indiana now, only people accused of murder or treason can’t get bail. All others can pay to get out of pre-trial detention, although judges typically set higher bails for people with more severe charges who might not show up for trial or who are otherwise considered safety risks.

“But if they set that bail too high, the Indiana Supreme Court has ruled that could be considered an unconstitutional, de facto denial of bail,” Koch told reporters at a Jan. 9 presentation of Senate Republican priority bills.

So he worked “with Indiana prosecutors” to draw up SJR 1. Koch’s proposal would let judges deny bail to anyone that they believe—based on “strong” evidence—“poses a substantial risk to the public.”

“We think this is a tool the Indiana criminal justice system needs to have, too, in our toolbox,” Koch said.

Koch’s proposal would add the bolded words to existing language in Indiana’s Constitution:

Two men made headlines across the state last year when Indianapolis law enforcement officials arrested each one on charges of murder—allegedly committed while each was out on bail paid by a charitable organization. Reports about their cases—and similar ones—went viral.

State lawmakers clamped down on The Bail Project within months, with House Enrolled Act 1300.

But Koch proposal supporters and detractors alike say the motivation goes back further, to a four-year Indiana Supreme Court review of the bail system and the rule change in which it culminated.

Criminal Rule 26 reversed previous logic that arrestees should stay in pre-trial detention until they could cough up the cash to get out.

For SJR 1 proponents like Daviess County Prosecutor Dan Murrie, that’s part of the “disconnect” between bail on the national level versus in Indiana.

There’s no absolute right to bail on the federal level—just an Eighth Amendment protection against “excessive” bail. Indiana, in contrast, has just two non-bailable charges.

“My view, at least, is that [SJR 1] is the other half of what Criminal Rule 26 does,” Murrie said. He co-chairs the Indiana Prosecuting Attorneys Council’s legislative committee. The judicial branch agency has thrown its weight behind Koch’s proposal.

“If you’re going to offer no bail for low-level offenders or people who don’t pose a problem, you need to likewise identify those who should be preventatively detained,” Murrie added. “It’s just kind of the logical upper half of that concept. And we’ve been prevented from pursuing that because of the Constitution.”

Even opponents agree that the rule was a key launching pad to SJR 1.

But she argued that the rule has already been used to approve overly high bails, citing 2022’s DeWees v. State. In that case, the Indiana Supreme Court upheld a $50,000 bond for an 18-year-old accused of being the driver in an armed burglary because she was deemed a flight risk and a risk to the alleged victim’s safety. Sierra DeWees had no prior record and no way to pay.

Murrie said he’d personally experienced people in Daviess County allegedly commit crimes while out on bail for earlier alleged crimes —and had noted similar cases in counties across the state. He declined to name specific cases.

But TyJuan Garrett, a vice president and legal counsel for Indianapolis’ chapter of the National Association for the Advancement of Colored People, criticized rhetoric about repeat offenders committing new crimes while out on bail as “scare tactics.”

“This legislation is an overreaction to a straw man, to a boogeyman, that’s really not there,” he said.

With SJR 1, Indiana would join 22 other states that have also adopted language narrowing the right to bail, according to prosecutors council research.

For SJR 1 supporters, Koch’s proposal would weigh public safety more heavily in bail decisions, but others say it is subjective criteria rife with potential for misuse.

“Indiana’s focus is more on the attendance of the defendant at future hearings,” Murrie argued. “As prosecutors, we would like to see that expanded, giving judges more tools than they have now to also protect the people in the community.”

“The foundational piece of freedom and economic prosperity is public safety,” he added. “And that’s what we’re after.”

But defenders and civil rights advocates worried that with SJR 1, judges could deny bail to people accused of low-level crimes.

“From my point of view, we already do a great job, in a negative way, of keeping people detained pre-trial,” Corley said. “I think this language just gives comfort to what was already being done. And … it broadens the catchment of people who could be caught up.”

The vast majority of people nationwide imprisoned in county jails under local authority hadn’t yet gone to trial in 2021—more than 80%, according to a 2022 report by the anti-mass incarceration not-for-profit Prison Policy Initiative. Until convicted, they’re presumed innocent.

Corley pointed to the bail schedules that many counties have, which go up with charge severity and violence.

“That proportionality is out the window,” Corley said. “It really has the potential for sweeping abuse.”

Corley said people experiencing mental health crises could languish in county jails instead of being diverted toward care. Opponents also feared other types of discrimination.

“As we’ve seen over the history of any type of public policy that has these types of subjective criteria, people who look like me seem to be on the bottom end of the of the scale,” Taylor, who is Black, said.

Garrett, of the NAACP, said he didn’t think judges would go as far as to discriminate based on race. But, he said, “Most judges are elected. Prosecutors are elected.”

He argued that neither would want voters to consider them “soft on crime,” and would instead be motivated to minimize the potential for people to commit additional crimes while out on bail.

Koch, asked how he might ensure SJR 1 is applied consistently, said Hoosiers should trust their judges.

“We’re relying on and trusting the good discretion of our trial court judges, who will make those decisions on a case-by-case basis,” he told the Capital Chronicle.

Murrie, meanwhile, said SJR 1’s intent was not to “deteriorate” the rights of arrestees but to “increase the safety of everyone else.”

There’s a long road ahead for SJR 1.

Because it seeks to change Indiana’s Constitution, two successive general assemblies must approve it: this session, and after a new legislature takes office in 2025.

Then, it would go to ballots in 2026. A majority of Hoosiers would need to support SJR 1 for it to take effect.

Its first hearing is scheduled for Tuesday.