Home » MIKE LOPRESTI: What’s in a name? It’s not always what you think 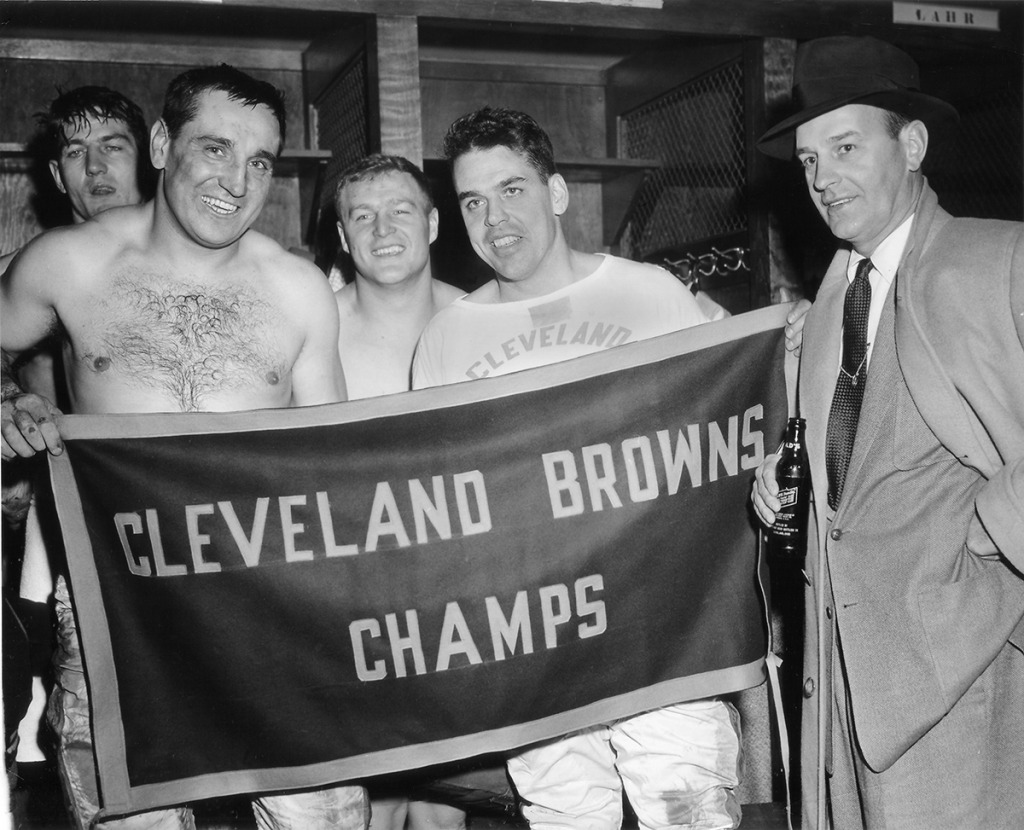 Pop quiz, and today’s subject is team names in professional sports. Do you know, for instance …

Which decorated NBA franchise owes its team name to a little boy?

Which NHL team got its name because of an afternoon thunderstorm?

Which iconic franchise carries its name because a guy worked as a shipping clerk in a meat packing company?

Which recent champion is so named due to the directing skills of Steven Spielberg?

What Fordham football and Franklin Roosevelt’s New Deal have to do with two team names in the NFL? How a nod to Sherman’s March to the Sea ended up in the NHL, or the New York City mass transit system 3,000 miles away in California?

How the Disney studios, street gangs and Union army in the Civil War helped decide three names in the NHL?

Who first created a team named after his company, then helped create an entire league in his kitchen?

We bring all this up because team names have been in the news lately, with the Washington Redskins on the way out, and some saying the Cleveland Indians and Atlanta Braves should not be far behind. But putting aside the issue of social propriety, every name has a story, and some of them are pretty weird. Not every name seems as natural as the Pacers, playing six miles from the Speedway.

Start with the geographically obsolete. Look, there ain’t a lot of lakes in Los Angeles County. But the team LeBron James now plays for is called the Lakers, anyway, because they once were in Minnesota, land of 10,000 lakes. The name moved west with the team. Better than the LA Aquifers, certainly.

There was once an NFL team named in homage to the horse-breeding industry of Maryland in general, and the Preakness Stakes in particular. Seemed perfect for Baltimore. But now the Colts play in Indianapolis, which is nearly 600 miles from Pimlico. Well, it’s worked out.

A nod to music was fitting for an NBA team in New Orleans. But then it moved to Salt Lake City. What says Jazz more than Utah? Well, lots of places. Meanwhile, anyone seen many grizzlies lately around Memphis, Tennessee? There were more around when the team played in Vancouver.

The rhyming award goes to the New York City metropolitan area, where, in the same week, you could see the Jets, Mets and Nets.

The NFL has the only team named in tribute to a 19th century poem. Think Edgar Allan Poe the next time you boo the Baltimore Ravens. And only Cleveland could produce a story like this—the Browns were called the Browns largely in honor of Coach Paul Brown, who later was canned. Which makes him the only man in history to be fired by the team that was named after him.

The Bears are the Bears because football players are usually bigger than baseball players. Maybe we should explain. Owner George Halas wanted a name to fit in with his football team’s roommates in Wrigley Field—the baseball Cubs—and asked himself, “What’s bigger than a cub?” Bingo. Meanwhile, in a fan vote for the new NBA team in Portland, the big winner was Pioneers. But the college in town already had that, so Plan B was the Trail Blazers.

Matter of fact, we can be thankful for several Plan B’s. The Oakland Raiders started out as the Oakland Senors. Huh? Imagine America’s Team being the Dallas Steers, or Larry Bird playing for the Boston Unicorns. Which sounds more like a pinstriped dynasty—the New York Yankees or the New York Highlanders?

Anyway, back to the quiz.

The little boy? In the 1960s, owner Richard Klein was throwing out possible nicknames for his new Chicago NBA team to his family. The Matadors, the Toreadors. That’s when young son Mark interjected, “Dad, that’s a bunch of bull.” Voila. The Chicago Bulls.

The thunderstorm? It hit Tampa when Phil Esposito was in town as one of the founders of the new NHL team, attending a backyard barbecue at a friend’s home. Esposito saw the power of a lightning strike and was impressed. His host’s mother, in her 80s, suggested that would make a fine team name. Hence, the Tampa Bay Lightning.

Curly Lambeau worked as a shipping clerk for the Indian Packing Co. Later, when he wanted to start a pro football team, he went back to the company for sponsor money, and got $500 for uniforms. And so was born the Green Bay Packers.

Toronto needed a name for its NBA expansion team in the 1990s and put it to a fan vote. The election was clearly swayed by the raging popularity of a new Spielberg film, “Jurassic Park.” And so, the Toronto Raptors.

In the 1930s, Cleveland was looking for a name for its pro football team. The general manager, Damon Wetzel, was a big Fordham football fan. As in, Fordham Rams. Which is why, from Cleveland to Los Angeles to St. Louis and then back to LA, they’ve always been the Rams.

Bert Bell was an admirer of Roosevelt’s New Deal during the Great Depression, especially the National Recovery Act, whose emblem included an eagle. So, when Bell had to name his new football team in Philadelphia—yep, the Eagles.

When Atlanta landed an expansion NHL team, memories turned—for whatever reason—to Gen. William Tecumseh Sherman’s roll through Atlanta in the Civil War, leaving the city ablaze. And so was named the hockey franchise, which has since moved 2,300 miles away to Canada. The NHL knows them as the Calgary Flames. In Alberta, have they ever heard of Sherman?

A baseball team once played in Brooklyn, where pedestrians had to step lively to keep out of the way of urban transportation vehicles. Fans called the team the Trolley Dodgers, among other nicknames. The team eventually settled officially on Dodgers, and carried the name when it moved to Los Angeles, where the freeways are pretty free of trolleys.

The NHL’s Anaheim team name came from the Disney movie “The Mighty Ducks.” But the team decided that was too much, so now it’s just the Ducks. Up the coast, the hockey team in San Jose had a contest and the winning name was the Blades. Wait a second, someone said—blades connote street-gang fights. So, the switch to San Jose Sharks. The Sharks, by the way, were a gang in “West Side Story.” Back East, Columbus, Ohio, needed a name for its team. Because Ohio had more men in blue in the Civil War than any other state in the Union, the expansion NHL team nearly 150 years later settled on Blue Jackets.

Then there are the Detroit Pistons. Or the Zollner Pistons, as they were known in their Fort Wayne days, named by Fred Zollner, whose company turned out a good many engine parts. Something else Zollner supposedly did was gather pro basketball leaders around his kitchen table one day in 1949 to hammer out the details for a new league. It would be called the National Basketball Association. And it would have a lot of swell team names, his own included.•

One thought on “MIKE LOPRESTI: What’s in a name? It’s not always what you think”