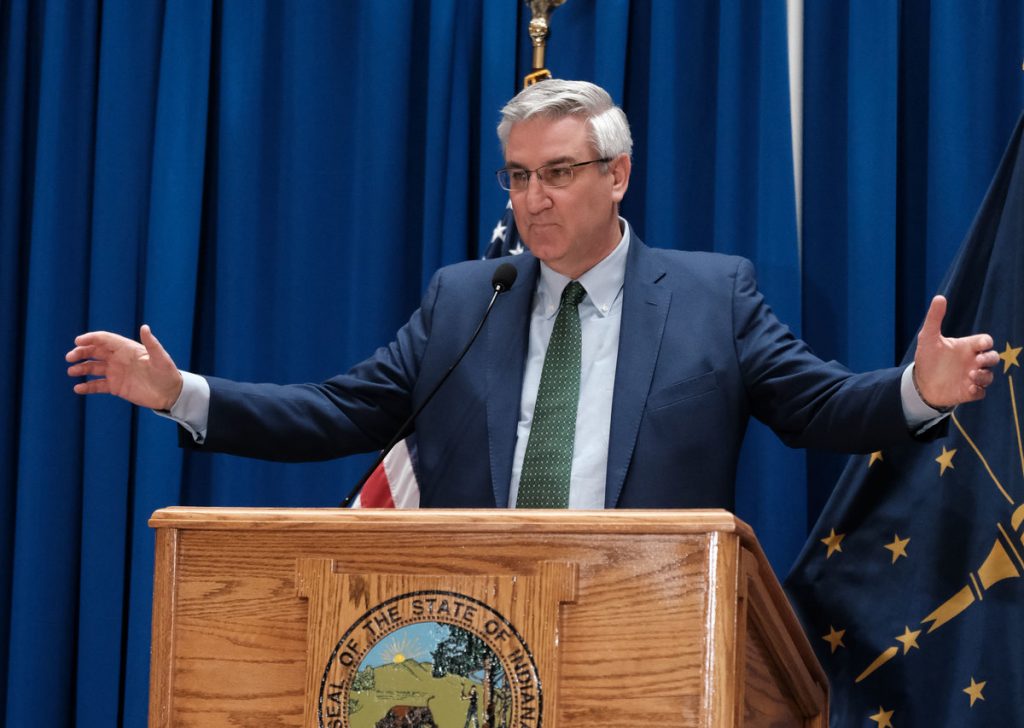 It’s the time of the year when the state of Indiana usually collects the most tax revenue, but state officials are warning that won’t be the case this year and are preparing to make spending cuts wherever possible.

Cris Johnston, director of the Office of Management and Budget, said on Thursday that April is typically the highest tax collection month of the year, bringing in $2.2 billion. But the impact the coronavirus pandemic is having on tax revenue coupled with the delay in the deadline for making income tax payments will create budget constraints and cash flow issues over the next few months.

The closure of many restaurants, retailers and casinos, along with employers laying off tens of thousands of Hoosiers, is expected to significantly decrease sales, income and gambling tax revenue for state and local governments.

In fact, initial claims jobless claims filed for the week ended March 21 rose to a whopping 61,635, up from 2,596 claims the previous week, according to the U.S. Labor Department.

And the drop in revenue is hitting at a time when the demand for government services is increasing.

Johnston said officials have already started asking state agencies to re-evaluate their budgets and find places to save money. The state is not planning to immediately spend $291 million from its reserves to cash fund construction projects at six higher education institutions. Instead, those projects will continue either only with bond funding or through a mix of cash and bond funding.

“What once was a nice to have are being looked at as can they be stopped or delayed so we can deliver on the must haves,” Johnston said.

One thing that is safe, at least for the current year, is education funding. Education accounts for more than 60%, or about $10.8 billion, of the 2020 appropriations. Johnston said schools will be funded at the levels outlined in the 2019-2021 budget approved by state lawmakers last year.

“We plan to continue the existing appropriations and funding for schools as was adopted in the budget through the rest of the biennium,” Johnston said.

Adding to the cash flow issue is the extension that the federal and state government gave to making income tax payments. The deadline has been moved from April 15 to July 15 as a way to help businesses and individuals.

“This timing difference will put a strain on our state resources,” Johnston said.

The budget issues are already causing the state to dip into its nearly $2.3 billion in reserves, Johnston said.

“Reserves have begun to be utilized and will continue to play an important part as we take the necessary steps to confront this public health emergency,” Johnston said.

He couldn’t provide an exact figure for how much of the reserves has been spent, but he said the money has been used for “priority services” like fronting payments for personal protection equipment for health care workers and covering the costs for some of the unemployment insurance staffing and resources being deployed. Those costs are expected to be reimbursed by the federal government.

“We’re at the front end of making a lot of these expenditures,” Johnston said.

The next monthly revenue report for the state is expected to be published on April 3, but Johnston said that likely won’t show much of an impact yet because of a lag in when taxes are remitted to the state.

He said the Holcomb administration is weighing whether to redo the state’s latest revenue forecast—issued in December—to accommodate for the significant changes in the economy. The state typically does revenue forecasts in December and every other April—only in odd-numbered years when lawmakers are crafting the next two-year state budget.

The latest forecast from December projected the state would bring in an additional $531 million in revenue over the next biennium and grow the state’s reserves to $2.4 billion in 2020 and $2.6 billion in 2021. That is now highly unlikely.

“We’re going to do what we always do, and that is make the best decisions we can with the information that we have,” Johnston said.