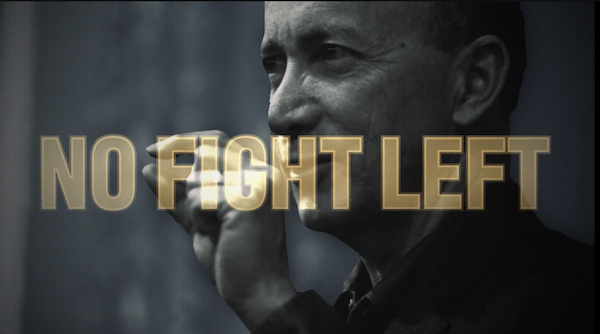 A screenshot of Club for Growth Action ad seeking to head off a U.S. Senate bid by former Gov. Mitch Daniels.

Daniels is considering a run to replace Sen. Mike Braun, who is giving up the seat to run for governor. He hasn’t publicly announced a decision yet, but some conservative groups don’t want to see him return as a candidate.

“His brand of Republicanism is out of date,” said David McIntosh, president of Club for Growth Action. “Hoosiers need new leadership to tackle the problems that Mitch and other moderates created over 50 years.”

The move comes after a Bellwether Research poll in December found that Daniels easily leads a hypothetical Senate field with 32% and the nearest competitor being U.S. Rep. Jim Banks at 10%.

The ad opens by claiming Daniels’ credentials as a free-wheeling, big-thinking truth teller are a myth.

“An old guard Republican clinging to the old ways of the bad old days,” the 60-second ad proclaims while adding that Daniels is not conservative and “not the right guy for Indiana anymore.”

The group says it wants to get “the right kind” of “limited-government” and “pro-growth” conservatives in Congress, according to its website. That includes U.S. Rep. Victoria Spartz of Indiana, Sen. Ted Cruz of Texas and more.

The super-PAC is starting with a $16,500 ad buy during Sunday political shows statewide. But McIntosh warned the group would spend “whatever it takes to ensure voters know his real record.”

The ad lambasts Daniels for spending decisions he made as director of the federal Office of Management and Budget under President George W. Bush and for tax hikes while Indiana governor. For instance, it says he proposed an income tax (he did) and that he raised the sales tax.

The latter was the result of the state taking over the majority of funding for K-12 schools and capping property taxes statewide.

And it criticizes the nonpartisan Committee for a Responsible Federal Budget — which Daniels co-chairs — for supporting a carbon tax and approving of President Joe Biden’s climate and tax bill as “fiscally responsible.”

“Mitch Daniels bragged to Newsweek that he never uses the word ‘conservative’ to describe himself — because he’s not,” the ad says, referencing a 2010 interview.

Daniels didn’t immediately respond to a request for comment.