Home » In the workplace: Who is in charge of building your culture? 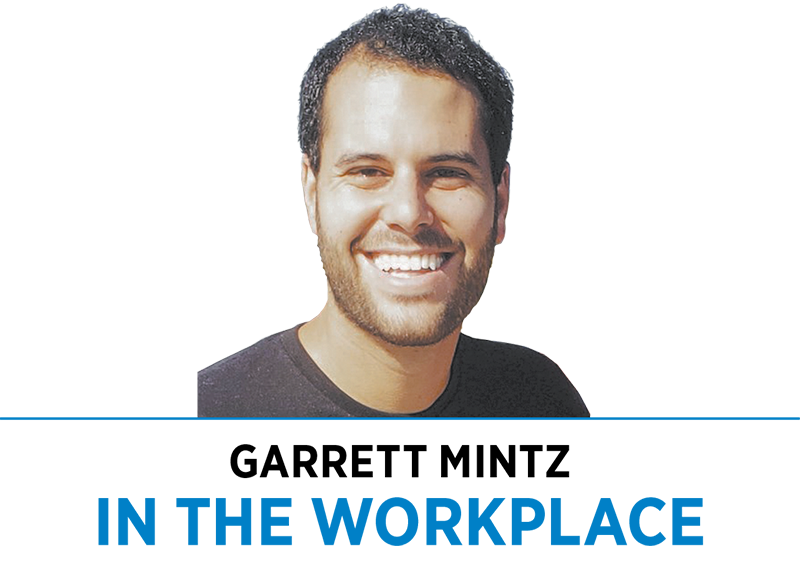 Last week, I hosted an executive symposium with local leaders about ways to develop leaders within your organization. Shortly after the panel discussion started, a new topic emerged: Who is in charge of building culture within an organization? This revealed some interesting disagreement among panelists, so we explored this topic further.

One of our panelists, Herb, an executive coach and former COO of a major health care system, posited that culture-building originates with the CEO and trickles throughout the organization.

Mindy, another panelist and chief people officer at a venture-capital-backed software company, partially agreed, but expanded the role to include the rest of the executive team. She said culture starts with the executive team, then needs to be effectively communicated throughout the organization.

And Bernie, the CEO of a small construction company, went further. He argued that everyone helps build the culture of the organization.

CEO, executive team, or everyone at the company? Which of these arguments is actually right?

Bernie is the CEO of a 25-person company. He uses quarterly meetings to bring the entire team together to reevaluate their core values, core focus and goals, and he finds this to be an irreplaceable part of his company culture.

His fellow panelists, Herb and Mindy, pointed out that a 25-person company can handle an activity like this, but scaling that concept up to hundreds or thousands of people is not feasible. Either nobody gets heard, or the process rapidly grows cumbersome because the time to review each person’s perspective takes forever.

Furthermore, Mindy argued that an executive team should already be having these conversations regularly and connecting with one another as core values or core focus changes.

Herb pointed out that having a CEO who prioritizes and values these regular meetings isn’t always going to be in the cards.

Herb subscribes to more of a command-and-control leadership style from the CEO position, but Bernie and Mindy disagreed with that prescription. They argued that the responsibility to identify the proper pivots and seek new ideas is a shared task, not exclusive to the CEO.

One thing everyone could agree on was that there is no one-size-fits-all solution for building an effective culture, but that, whatever culture you have built, it must be readily understood, inspiring, and not general and exclusively aimed to benefit the organization.

What does this mean?

By “general and not exclusively aimed to benefit the organization,” I mean the culture can’t simply be: “Our mission is to grow and be the best,” or, “We aim to deliver returns for our shareholders and increase the return on investment from our business development efforts,” or, “We strive to be an ever-evolving company that constantly does better work for our clients.”

These types of generic or self-serving visions for a company’s culture lack substance, and the employees can tell.

By “readily understood” and “inspiring,” I mean the culture needs to be about something greater than the individuals in the organization or the organization itself. Something that—with the support of others, with consistent reminders about what everyone is doing this for, and with flexibility for adjusting as new information comes to light—can potentially come true inside that company.

For example, Bernie’s vision is that we exist to improve people’s lives. We collaborate with like-minded clients, design firms and trade partners on the construction of unique spaces. We operate with humility, curiosity, diligence and confidence. We believe our success will continue as we put others first, remain perpetually relevant, and execute best practices. We believe in a better construction process, one where you will love your home and enjoy the journey.

I liked Bernie’s vision, but some aspects felt a little generic. Contrast this with Mindy’s vision, which spoke more strongly to me, particularly because it was shorter and clearer while still being aspirational.

Mindy’s vision is a world where the vast majority of people are excited about going to work. When they are there, their expectations meet reality, and when they come home, they feel fulfilled.

Her team’s cultural norms and rituals are based on this higher goal of helping people enjoy work more. Because of these efforts, her team members are amenable to the times when they need to put in the hard, extra hours because their work fills their cup instead of emptying it.

When Mindy’s team members lose their North Star (e.g., feelings of burnout, confusion, frustration), they can refer back to their vision for inspiration or use that vision for reason to gather clarity.

If you feel like your company’s culture falls into the overly general category, or isn’t particularly inspiring, or isn’t reiterated to you consistently, that’s an OK thing to feel and perfectly normal. But, it doesn’t mean you are powerless to do anything about it.

One of my biggest takeaways from the panel was that, although the CEO and executive team might be the core people coming up with the vision, everyone is required to set and reinforce the tone of the culture and the vision set forth. CEOs and executive teams are burying their heads in the sand if they think culture only goes top-down; culture-building is a team exercise, and nobody is on the bench.•

Mintz is founder of Ambition in Motion, a Bloomington-based firm that helps companies increase employee engagement and collaboration by implementing corporate mentor programs.

One thought on “In the workplace: Who is in charge of building your culture?”