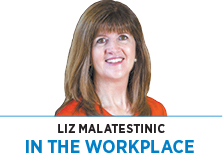 You’re off to yet another meeting, so you grab your laptop, thinking you’ll be able to finish off your expense reports during the weekly, hour-long snooze-fest. You pride yourself on your ability to multi-task, and when asked what you are working on, you say you’re just taking notes. At best, 30 percent of the people in the room will believe you—because most of them are “multitasking” in the same way.

The truth is that humans really aren’t very good at multitasking. A variety of studies tell us the same thing: Multitasking actually reduces productivity rather than increasing it. While we may feel better about attacking a variety of tasks, we actually lose a lot of productivity—some estimate as much as 40 percent—in the act of switching gears from one thought process to another.

While multitasking is not a new phenomenon, advances in technology have significantly increased the flow and availability of information and, thus, FOMO—the Fear of Missing Out. We check our email, Twitter and Instagram while sitting in meetings, at the doctor’s office, at parties and at our children’s soccer games. The irony is that we often miss out on the moments occurring right in front of us because we have our eyes glued to a screen.

A number of years ago, I instituted a classroom policy that isn’t always popular with students: no laptops in the classroom. Most students understand, but one will occasionally become indignant, insisting that he or she would only use the device to take notes. I stand my ground because I’ve always known intuitively that the policy is best for the learning process, and researchers at Michigan State University conducted a study that proved me right.

They tracked the internet usage of volunteer students while in class and found that those students spent 40 percent of every class period on the internet for non-academic purposes: checking their email, shopping and playing games. They also reported an additional 27 minutes were spent texting on their phones. That means students spent more than half the class engaged with something other than the class itself. Not surprisingly (at least to me), they found the students who spent the most time surfing online were also the students who scored worst on the final exams. Clearly, they weren’t as capable at multitasking as they might have thought.

Deep down, we all realize that technology can drain our focus and attention. Many of us have read how social media can increase anxiety and the possibility for depression. And if we are perfectly honest, most of us have allowed technology—especially social media—to interfere with our “being in the moment.”

So how do we take back control? It’s not easy.

You’ve no doubt heard the obvious suggestion of limiting the hours in which you check emails, but that can be difficult to do. For some people, the very nature of their jobs demands immediate responsiveness, and the flow of messages can’t be ignored. For the rest of us, though, it’s more manageable. And here’s a radical thought: Turn off the alerts for emails on your phone. Just watching that number climb is a real stress-inducer. It will be easier to schedule your email checks if you aren’t being visually triggered to check them constantly.

Re-examine your own technology usage. Millions of people now own smartwatches, and while they’re great when you’re out for a run, they cause even more distraction than our phones. At least with a phone, you have to be holding it, whereas, the smartwatch is literally attached to your body, providing you with constant alerts. Many people complain the devices are encouraging rudeness. Imagine being engaged in an important conversation with a colleague when he or she glances down at their wrist to check the latest alert. The message is clear: Anyone else is more important than you at that moment.

You can always start small. Next time you attend a meeting, leave your laptop behind if it’s not absolutely needed. Leave your phone, too. (Did I just hear an audible gasp?) At the very least, leave your phone in your pocket or bag with all alerts silenced. You’ll be much more engaged and productive in the meeting, and you’ll be able to focus more fully on the messages and alerts when the meeting is over. Admitting that multitasking is not very effective is the first step.•