Home » PETE THE PLANNER: Don’t forget the 401(k) when evaluating a job offer 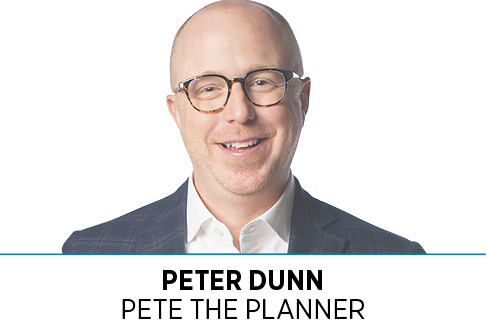 Mere minutes after raising my glass in celebration of my dear friend’s new job, I was on the verge of ordering another round to drown my dismay. He had just made a $713,000 mistake, and had no idea.

I’m not normally a judgmental friend when it comes to money, despite what you might think, but his mistake was so egregious I begged him to rescind his acceptance of the position.

The story begins in a rather familiar manner. Accomplished, 40-something professional nears the end of a six-month period of involuntary unemployment after his previous employer folded, only to be faced with two attractive re-employment options. Thy cup runneth over.

Have you ever been outlandishly thirsty? So thirsty the top of your mouth is trying to recruit your tongue to stick around permanently? You aren’t too discerning when offered a beverage, are you? Nope.

My friend was thirsty, understandably. And believe it or not, the beverages he was offered both came in the form of a $150,000 base salary. The similarities didn’t stop there. Both offers included nearly identical health insurance coverage and daily responsibilities, and even the commutes were only 10 minutes different. From his cotton-mouthed perspective, it was a coin-toss. In fact, he tossed a coin. He tossed a coin to determine where he might work for the remaining 25 years of his career.

“I’m proud of you. May you have a fruitful 25 years,” I offered in celebration. For the next several minutes, we talked about the new gig.

On the low end of standard, I thought to myself, but no reason to be concerned. That is, unless, the other offer …

The look on his face told me he had no idea. He fumbled with his phone—apparently he got to the restaurant bar before I did. He pulled up the offer letter from the company he surreptitiously declined.

I immediately began to panic, as though I couldn’t remember what grocery item my wife asked me to pick up on the way home from work.

The math began to swirl in my head, as I silently nodded for what seemed like 48 minutes. “More than seven-hundred thousand dollars!” I blurted.

My friend—my brilliant, kind, wonderful friend—had just flipped a coin to determine whether or not to forgo an additional $713,000 in compensation (and growth) over the remainder of his career.

The offer he accepted had his new employer contributing $4,500 a year to the company-sponsored retirement plan via the match. While the tails side of the coin held a $13,500 annual contribution. Over the remaining 25 years of his career at an average 8 percent rate of return, his choice cost him roughly $713,000. And that’s if he never received another raise for the rest of his life.

The worst part? He’s not the first person I’ve seen make this very expensive mistake. In fact, ignoring the impact of deferred compensation is quite common.

From my experience, most people view the 401(k) match as some lame trick to get them to participate in the plan. Which, oddly, is a fair conclusion given it’s often internally marketed that way. But your employer’s retirement plan is a much bigger carrot than you think. When leveraged correctly, the match can steal recruits from other suitors, and it can slap golden handcuffs on valuable employees who are peeking over the fence hoping to see greener grass.

The match isn’t the only compensation tool that gets ignored. Profit-sharing arrangements and other discretionary contributions into company-sponsored accounts can add tremendous wealth to your balance sheet. I’ve found prospective employees get distracted by bonus structures that tantalize with promises of making today easier. All the while, deferred-compensation programs are glossed over, even though they ensure tomorrow will be easier.

As badly as you want the epilogue, it doesn’t matter. I didn’t tell you the story of my friend to entertain you. I want to make sure you don’t make the same mistake. And, yes, I bought the next two rounds.•