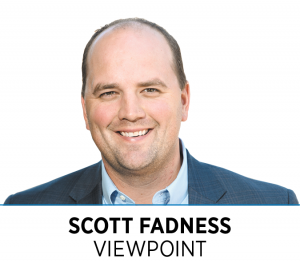 Decades ago, Indianapolis established itself as the amateur sports capital of the world. A group of leaders had the audacity to pursue this aspirational goal at a time some believed our capital city was not capable of such an achievement. The names associated with executing this endeavor are well-known and celebrated for their vision and commitment. We will forever be grateful to Jim Morris, Sandy Knapp, David Frick, Ted Boehm, Mayor Bill Hudnut, Michael Browning, Lt. Gov John Mutz, Sen. Richard Lugar, Jack Swarbrick, Milt Thompson, Allison Melangton and many others.

Since the inception of that vision, a rebirth occurred in our urban center, billions of dollars of investment poured in, and a convention and conference industry was incubated and grown. The amenities and entertainment opportunities this vision provided fueled the attraction of educated and talented people to move to the metropolitan area, which allowed our suburban communities to flourish. Some would say the apex of this vision was our hosting of the Super Bowl in 2012, when Indianapolis demonstrated its hospitality and capability on the world stage.

While many were busy pursuing this vision over the last 30 years, the world continued to change. The convergence of technology and automation mobilized workforces and emptied factories. Our residents living on the margins fell behind in health, education and income. The suburbs grew in population and identity. Cycles of poverty, crime and drugs proliferated.

Creative destruction can come in many forms. At times, it is a slow and incremental decline. Other times, it is an abrupt and jarring end. Today, I would observe that we have suffered both. Our metro area, for some time, has experienced an undercurrent that has eroded the stability of our region, and the recent pandemic coupled with racial unrest has forced to the surface issues that would have likely taken another decade or more to surface.

It is human nature and therefore political nature to get caught up in the difficulties of today, but we have to start focusing on the next 30 years. Leaders must come together, Republican and Democrat, urbanite and suburbanite, business owner and philanthropist, to answer the following question. What can and what must we do to ensure that our children have a metro area and capital city worth choosing to call home?

When a young man is gunned down in our metro area, we all suffer a loss. When a young man picks up a gun and commits a crime, we have all lost. When we do not do all we can collaboratively to prevent this, we have all failed. Six months ago, I was at the Statehouse advocating for a framework for our region to work together and invest in transformative capital projects. However, COVID-19 has changed our world. Looking forward, we must collaborate on the immediate issue facing our city: safety.

Humility and boldness will be simultaneously required to overcome the reality we face. It is now our generation’s time to step forward with bold ideas for our region and the humility to work together to accomplish them. Our ambitions must be exclusively focused on the ideas that will allow our region to reach its potential.

Will our generation have the audacity to articulate a bold vision and work diligently to see it realized, or are our best days behind us? I, for one, am committed to answering this question with action.•

Fadness is the mayor of Fishers.