Home » HAHN: How to prepare for financial Armageddon 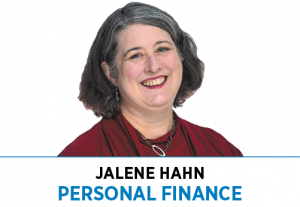 The economy is prone to periodic crises. We do not know exactly when the next crisis will occur or what will be the trigger; we just know it will happen. I am an optimistic person, but one of my roles is to imagine the worst thing that could happen and prepare for it. I have clients who believe our economy is on the verge of collapse and have asked how to prepare for that eventuality.

I would like to distinguish between a collapse and a crisis. Both are characterized by a sudden, severe contraction in the economy. According to the Corporate Finance Institute, these periods are “characterized by social chaos, social unrest, bankruptcies, reduced trade volumes, currency volatility, and breakdown of law and order.” The difference is in the magnitude of the economic distress and ineffective, or non-existent, government interventions that result in a downward economic and social spiral.

In the United States, periodic events have shocked the financial markets and damaged the economy. As bad as the 2008 crisis was, it did not rise to the level of a collapse. According to an article in The Balance, “If the Fed and the U.S. government had not stepped in to shore up the financial sector, the entire economy would likely have ground to a halt. Trucks would have stopped rolling, grocery stores would have run out of food, and businesses would have been forced to shut down. That’s how close the U.S. economy came to a real collapse—and how vulnerable it is to another one.” COVID-19 shut down the economy, but because of governmental intervention, the economy did not collapse.

Most instances of economic collapse are the result of war, corruption or gross economic mismanagement. Government action or inaction will dictate the severity of the shock. A couple of recent examples are Russia and many of the former Soviet bloc countries after the end of the Cold War and Venezuela from the end of the Chavez government into the Maduro regime.

When the Venezuelan economy collapsed, bank failures and unemployment were widespread and citizens lost access to credit. There were critical shortages of food, gas and other necessities. In some areas, services such as utilities, water and electricity were no longer available.

If you are concerned about a true economic collapse, here are some extreme actions that will take effort, creativity and capital investment:

◗ Prepare to be self-sufficient. Maintain a sustainable food supply, including a self-sufficient garden and appropriate livestock. Have an alternative power source and a plentiful clean-water supply.

◗ Build a trading network to barter for necessities. Develop essential skills or resources to trade, such as sewing, building, doing repairs, or making candles or cheese.

◗ In extreme circumstances, be prepared to migrate to another country. Obtain dual citizenship so you have an alternate passport for travel.

I generally do not recommend my clients take these actions.

I do routinely encourage clients to improve their basic financial situation by taking these actions as needed:

◗ Live within your means and identify ways to cut back on spending.

◗ Grow your emergency savings and pay down your debts.

◗ Improve your human capital and/or supplement your income.

◗ Stick with your investment plan.

The U.S. economy will experience periods of economic chaos and usually the Federal Reserve, the Treasury, Congress and the president take action to alleviate a collapse.

Your best defense is a strong diversified financial foundation.•

Hahn is a certified financial planner and owner of WWA Planning and Investments in Columbus. She can be reached at 812-379-1120 or jalene@wwafp.com.