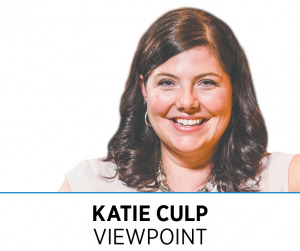 As the dust settles from this year’s session of the Indiana General Assembly, there is one piece of legislation that communities across Indiana should pay attention to as it relates to our state’s ability to attract new jobs and investment.

This legislation is innovative in that it effectively creates a “transfer of power” from state to local entities by developing Innovation Development Districts, or IDDs, which act like tax increment financing (TIF) districts on steroids.

Under this new system, the state, a county, a city, or a town, is empowered to create districts which capture new property taxes, including TIF, but also capture incremental sales and income taxes. This ability creates the potential to generate the most lucrative economic value of any state or local incentive program in Indiana. Funds from IDDs can then be applied to project components including land acquisition, development costs, and training, amongother things.

Advocates for this legislation lauded the opportunities it enables for Indiana to compete for the “mega” economic development deals more effectively, while also giving local governments flexibility to move quickly on projects. Though the new existence of IDDs is a huge win, the reality is that they may be slow to take off because there is an economic cost associated with them. IDDs reinvest sales and income taxes in the regions where they are generated, which means those taxes are not going to the state. This trade off only works if all sides can be patient through the initial growing pains.

Rolling out IDDs will not be a small lift for the Indiana Economic Development Corp. (IEDC), especially as they establish clear guidelines and processes. Marion County and the city of Indianapolis are well positioned to lead in the utilization of this tool. The population size and density of this area will mean more economic activity will take place more quickly and fund the IDD more rapidly. This would allow the IEDC to more quickly learn lessons which will aid them in IDD implementation across the state.

As IDDs become a more widely available incentive tool, these districts could become a game-changer for communities creating and executing economic development strategies, including becoming a catalyst for employers to invest in existing Indiana operations, or to bring new operations to our state.

Economic development is rarely something out of the movie, “Field of Dreams,” so caution is required anytime a community wants to test a “if you build it, they will come” strategy. However, many businesses looking at sites to locate and invest often prefer land sites that are ready—or even places where the real estate footprint has already been developed on a speculative basis. IDDs would certainly lend themselves to these types of projects which would enable many more wins than would otherwise occur.

Patience will be a virtue as program details develop, but, in the meantime, we can and should celebrate the creation of a tool that has the potential to turn into a huge victory for Indiana’s economic development community at the state and local levels. Well done.•