Home » UPDATE: Kroger to acquire Albertsons in $24.6B deal 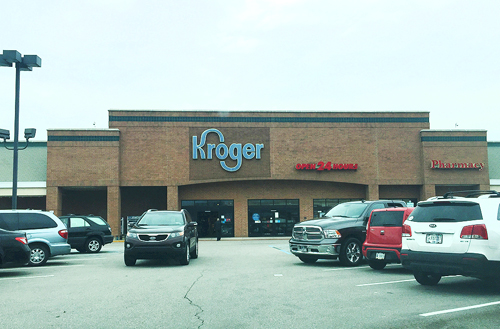 Kroger Co. agreed to buy Albertsons Cos. in a deal with an enterprise value of $24.6 billion that would create a U.S. grocery giant with almost 5,000 stores and annual revenue of about $200 billion.

Investors will receive $34.10 for each share in Albertsons, which includes a special dividend, the companies said in a statement Friday. That reflects a premium of about 33% to the closing price on Oct. 12, the day before Bloomberg News first reported on the deal talks. The companies plan to sell as many as 375 stores through a spinoff.

The deal gives rise to a grocery giant with increased buying power and an opportunity to save on costs as brick-and-mortar retailers invest heavily to enhance their online offerings. While the deal would create a beefed-up competitor to Walmart and other rivals, it’s sure to face tough antitrust scrutiny as U.S. regulators under President Joe Biden cast a more skeptical eye on big mergers.

“This combination will expand customer reach and improve proximity to deliver fresh and affordable food to approximately 85 million households,” the companies said in the statement. “Consistent with prior transactions, Kroger plans to invest in lowering prices for customers and expects to reinvest approximately half a billion dollars of cost savings from synergies to reduce prices for customers.”

Kroger shares fell 2.8% ahead of regular trading. Albertsons slipped 2.6%. Kroger rose 1.7% this year through Oct. 12, the day before Bloomberg News reported on the deal talks. Albertsons fell 15% during the same period, while an S&P index of consumer-staples companies slid 12%.

The combination ranks among the retail industry’s biggest transactions in years, evoking such deals as Amazon.com’s purchase of Whole Foods Market in 2017 for $13.7 billion and the $9.8 billion acquisition of Albertsons itself in 2006 by CVS Health Corp., Supervalu and an investment group led by Cerberus Capital Management. The New York-based private equity firm still owns almost 30% of Albertsons, according to data compiled by Bloomberg.

The acquisition would give Kroger entry into the Northeast, filling out its national footprint. The Cincinnati-based parent of Ralphs and Fred Meyer is the No. 2 grocery seller in the U.S., with a 9.9% market share compared with Walmart’s almost 21%, according to Numerator. Albertsons ranks fourth with 5.7%, and its portfolio includes the Acme, Jewel-Osco, Safeway, Shaw’s and Tom Thumb chains as well as its eponymous stores.

Kroger has more than 100 stores in Indiana in more than 50 cities. Albertsons operates a handful of Jewel-Osco stores in northwest Indiana.

Kroger said it has $17.4 billion in fully committed bridge financing from Citigroup and Wells Fargo. The deal includes the assumption of $4.7 billion in net debt and is expected to close in early 2024, the companies said. Kroger Chief Executive Officer Rodney McMullen will lead the combined company.

The transaction is likely to face a lengthy antitrust review with an uncertain outcome. Kroger and Albertsons both have strong footprints on the West Coast, as well as in Colorado, Illinois and parts of Texas.

Historically, dealmaking in food retail “has not been a panacea for structurally higher margins/profitability or for long-term shareholder value creation,” Simeon Gutman, an analyst at Morgan Stanley, said in a note to clients.

That’s because cost savings from many mergers have been eroded by tough competition in a relatively fragmented industry. The Kroger-Albertsons deal may be a hint that the companies believe that this time is different after years of mergers that have given top players in the grocery business greater market share.

“Perhaps the industry has reached a point of consolidation such that a potential merger of this magnitude could result in structurally higher margins,” Gutman said. “The industry may be closer to oligopoly than we think.”

But that’s all the more reason for antitrust regulators to put the transaction under a microscope. Soaring food prices are a key driver behind inflation in the U.S. and a potential political flash point.

Still, the combined company would face a competitor of comparable size in terms of grocery sales: Walmart. During their most recent fiscal years, Kroger and Albertsons brought in a combined $209.8 billion in sales. Walmart’s U.S. stores generated $218.9 billion in groceries. That excludes sales at Sam’s Club, Walmart’s chain of warehouse stores.

“Kroger and Albertsons may be banking that this fact allows the proposed merger to proceed more smoothly than it otherwise would,” Bob Hoyler, senior consultant at Euromonitor International, said in an email.

3 thoughts on “UPDATE: Kroger to acquire Albertsons in $24.6B deal”