Home » TOMANO: Market for biofuels, grain is under attack in Washington 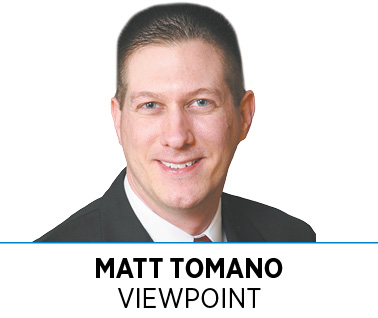 It has been an uphill battle for Hoosier farmers. Lately, the rural economy has been under siege. Bad spring weather dramatically delayed planting, which shortened the growing season and yielded one of the worst crops in recent memory. Overseas, trade tensions cut off export markets for U.S. corn and soybeans.

Just when it could not get any worse for farmers, the U.S. Environmental Protection Agency approved a wave of refinery exemptions that decimated biofuel and grain demand, leaving the rural economy in full retreat.

Originally intended to spare oil refineries from bankruptcy, the EPA in 2016 began handing out hardship exemptions like Halloween candy to some of the world’s largest and most profitable refiners. The once-rare exceptions allow refiners to avoid blending requirements under the Renewable Fuel Standard, the law created to promote American energy independence by guaranteeing market access for homegrown biofuels.

Unfortunately, Washington grossly miscalculated the value of biofuels and the impact of refinery exemptions on the rural economy. Over three years, the EPA allowed the volume of exemptions to skyrocket 485%, destroying demand for 4 billion gallons of renewable fuel and killing demand for more than 1.4 billion bushels of grain. To no surprise, ethanol consumption fell last year for the first time in 20 years, with more pain on the horizon.

For over a decade, some independent refiners simply ignored the law and dismissed the opportunity to blend more biofuels. Today, the same refiners complain loudly about compliance costs limiting their profit margins, but these bailouts threaten the very survival of biofuels producers and Indiana jobs.

After the EPA’s recent round of waivers, commodity markets took a direct hit. Immediately, the value of ethanol plummeted, and corn prices fell 10%—the sharpest drop for any August on record. A number of Midwestern ethanol plants closed or idled. Here in Indiana, one ethanol plant closed while others were forced to cut jobs and slash production.

After President Trump negotiated a deal with Midwestern senators to halt the EPA’s abuse of refinery waivers, many thought the siege on America’s farmers might finally be lifting. Unfortunately, the plan recently unveiled by the EPA fails to deliver on the president’s promise to restore certainty to the Renewable Fuel Standard and stop the destruction of demand. The plan would have stabilized markets for biofuels and grain. The EPA’s current plan does not.

We can’t change the weather, but we can lift the siege on the rural economy by telling Washington to stick to the president’s plan and deliver the economic security and market stability he promised.•

Tomano is president of the Indiana Ethanol Producers Association.