Home » Recipes: How cooking with Impossible’s Burger meat stands up to the real thing 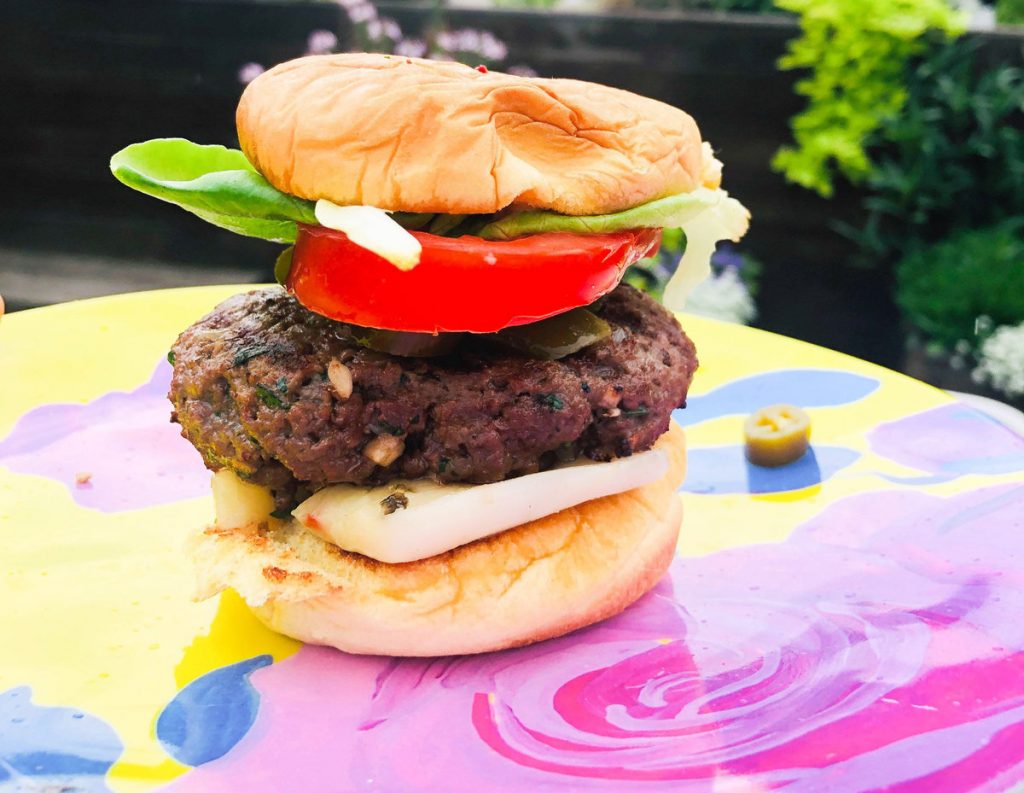 The plant-based meat from Impossible Foods Inc. used to be impossible for home cooks to get their hands on. The product was marketed to chefs such as David Chang and available at restaurants and fast-food spots like Burger King. Consumers could buy their faux burgers-if they could find them—but they couldn’t easily cook them themselves.

The pandemic changed that. With more people cooking at home and restaurant accounts gutted, in mid-April Impossible rolled out its product to almost 800 more U.S. supermarkets including Albertsons, Safeway, and Wegmans before signing on more than 1,700 Kroger locations in May. That’s up from only 150 stores in March.

Impossible is in more than 4,700 stores nationwide, according to the company, and plans to expand its retail footprint to 7,500 by the end of the year; last month it introduced an e-commerce site. (Its major competitor, Beyond Meat Inc., is way ahead; its product has been available in supermarkets since 2016 and is making its first foray into Chinese grocery stores.)

Sales of the faux meat have been rising during the pandemic as safety concerns hit meat suppliers and interrupted the supply chain. In the early weeks of the lockdown, alternative-meat product sales rose 264%. Consumers bought three times the amount of plant-based foods in March and April than they had the previous year.

If you’re one of those converts, the company has released a cookbook to help you figure out what to do with the plant-based product in your refrigerator. “Impossible: The Cookbook” (Chronicle Books, July 14, $30) doesn’t have a recipe for Impossible Whoppers, though it devotes a chapter to the subject along with sliders and patty melts. Traci Des Jardins, a James Beard Award-winning chef and consultant for Impossible, says they considered making an all-burger cookbook, but the “meat” is more versatile than that.

The book devotes a few introductory pages to the product. If you don’t know what heme is, this cookbook won’t answer your question. But tips for handling the meat substitute are helpful. The product, which feels oddly sticky when you work with it, has less moisture than real ground beef. That means that here, more than ever, the burgers should be cooked to medium-rare or medium, never well done. Use cold meat and put it over a very hot surface or the result will be mushy. And plan on adding fat to the pan if you’re substituting it in a recipe that calls for ground beef or pork.

I tested two recipes from the book. First was the brunch favorite chilaquiles from chef Sarah Schafer. It’s anchored by “chorizo” made by mixing the plant-based meat with a mix of pantry spices and cider vinegar. It’s a compelling version of the pork-based classic: It’s not in the same league as the best ones I’ve tasted, but I’ll make it again, in part for the mad scientist appeal of crafting something that seems untouchable from a handful of ingredients.

“My affinity for spicy food comes from my Jamaican background,” says Cole, who notes that 97% of the customers who line up at her restaurant aren’t vegan. “This burger has a lot of personality. I’m not here for boring food.”

The following recipes are adapted from Impossible: The Cookbook. They’re vegetarian, not vegan, but can be made using plant-based cheeses, etc.

Chorizo: In a medium bowl, crumble Impossible meat. Add vinegar and spices; mix well with your hands to combine. In a large cast-iron skillet, warm oil over medium heat. Add chorizo mixture and cook, stirring, until browned, about 6 minutes.

Chilaquiles: Heat oven to 400F. Add beans and lime juice to chorizo; stir to combine. Season to taste with salt. Cook, stirring, until warmed through and fragrant, about 5 minutes.

Pour 1 1/4 cups salsa into a shallow bowl. Working in batches, add chips, and stir to coat. Arrange chips on top of chorizo mixture. Bake until chips start to soften and are heated through, about 4 minutes. Remove skillet from oven and sprinkle with queso fresco. Bake until cheese is warm, about 3 more minutes.

While the chilaquiles warm in the oven, fry the eggs. In a skillet, warm oil over medium heat. Add eggs and fry for 1 minute, then turn and fry on the other side for 15 to 30 seconds for over easy and 1 minute for over medium. Scatter onion on top of chilaquiles and dollop with sour cream. Top each serving with a fried egg and serve remaining salsa on the side.

Toast cut sides of burger buns over low heat on a lightly oiled griddle or large, heavy skillet, about 2 minutes. Set aside.

In a large bowl, combine Impossible burger, onion, parsley, garlic, cumin, coriander, and salt. Shape burger mixture into 3 equal patties, about ½ inch thick. Heat griddle or skillet over medium heat, then add 1 tbsp. oil. Cook patties, turning once, until browned on the outside and medium-rare inside, about 6 minutes.

Spread toasted sides of each bun with chipotle mayonnaise. For each burger, top bottom bun with a patty, a cheese slice, a tomato slice, pickled jalapeño, and some lettuce on top. Cap burger with top bun and serve at once.

Kate Krader is a writer for Bloomberg News.