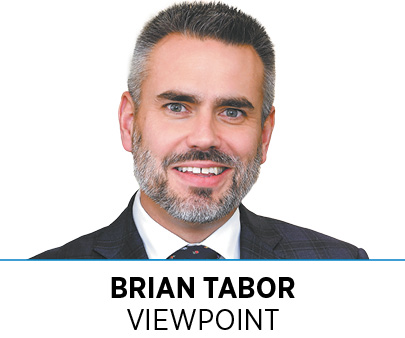 There’s been a debate about health care costs playing out in the pages of IBJ. Several weeks ago, in the May 13 issue, the president and CEO of the Employers’ Forum of Indiana authored an opinion piece titled, “Study shows it’s time to act on health care prices.” As the president of the Indiana Hospital Association, I am firmly committed to improving health care affordability in a collaborative manner. But I strongly disagree with the public policies recommended in the piece, especially the misleading justifications for heavy-handed government interventions.

Dr. Gloria Sachdev, the forum’s president and CEO, wrote that the recent “RAND 4.0” report uses 2020 insurance claims data. However, the RAND Corp. itself notes that the data is as old as 2018. This is critically important, because it means that recent, bold steps Indiana hospitals have taken to address affordability are not included in the analysis. In addition, the methodology contains the same basic flaw—using Medicare instead of real pricing data skews the results.

Further, the letter implied that most Indiana hospitals are not compliant with federal price transparency rules. This is false. The Texas Public Policy Foundation reviews compliance across states and has consistently ranked Indiana near the top. And Dr. Sachdev’s own organization conducted a review of all Indiana hospitals’ compliance in September 2021.

Contrary to Dr. Sachdev’s statements, the federal government and Congress recognize that many key services provided by hospitals in off-campus departments should be reimbursed at an appropriate rate. Studies have demonstrated that these hospital outpatient departments serve older, poorer and sicker patients than those in other settings while being subject to the same regulations, overhead and staffing requirements as on-campus facilities. Medicare recognizes these facts in their reimbursement, yet her letter calls for sweeping legislative interference in how insurance companies have previously negotiated with these providers.

These misrepresentations appear to be made to advance an aggressive legislative agenda which aligns with national advocacy groups like Arnold Ventures, which has become a significant funder of forum activities and the RAND report. These groups advocate for state public options and price caps on provider payments based on Medicare rates—policies which would only accelerate a single-payer model of health care. Indeed, the forum is now calling for the Indiana General Assembly to institute price caps under the veil of price “ceilings.”

Earlier in its existence, the Employers’ Forum certainly lived up to the mission described on its website—fostering collaboration between insurers, providers and employers. More recently, the group has failed to be a neutral convener focused on market solutions. IHA supports using transparent data to inform consumers and employers, having launched our own charge and quality data portal in 2015. We take no issue with accurate information to improve value in health care spending.

There is a better path forward for health care, but it won’t be achieved by big-government style policies that even California has rejected. It also surely won’t be aided by Hoosiers for Affordable Healthcare, with whom the forum has partnered in attacks on hospitals while simultaneously rejecting transparency requirements for insurance companies. Indiana’s hospitals will continue their work with the employers in their communities on real solutions that improve the health of Hoosiers while bending the cost curve. I’m confident we are moving in the right direction, but we could progress faster with less noise and more real collaboration.

Tabor is president of the Indiana Hospital Association.