Home » Thousands of Hoosiers ask about COVID-19 testing, but most get turned away 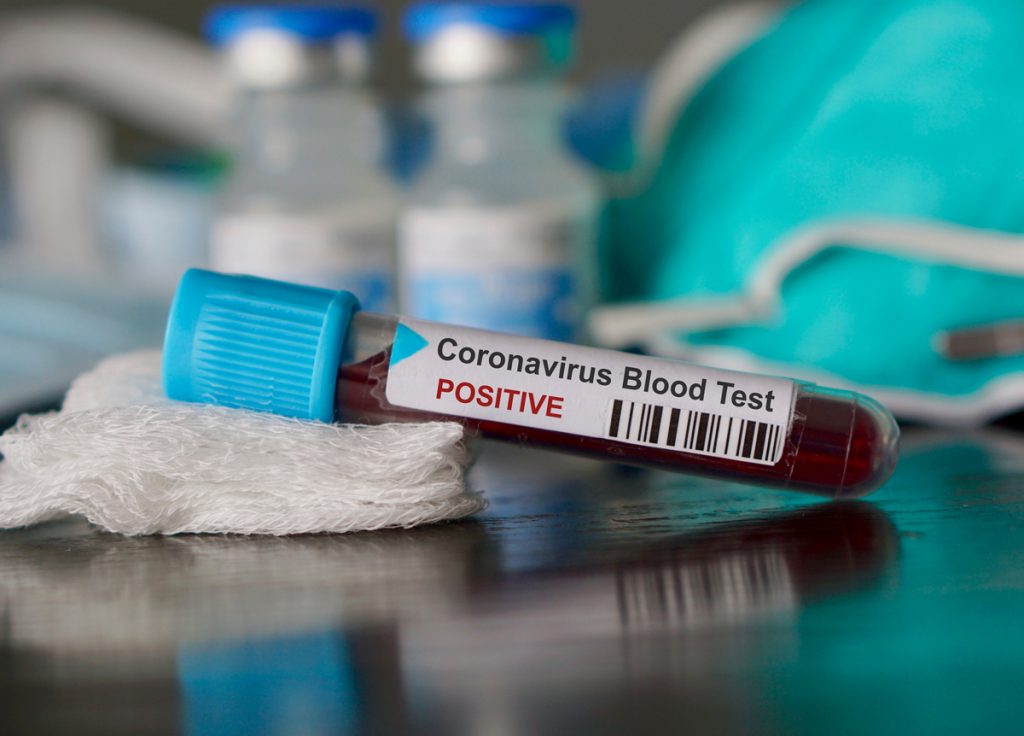 When Jessica Carlson, a high school science teacher in Indianapolis Public Schools, came down with flu-like symptoms Tuesday, she thought it would be easy to get tested for COVID-19, the infectious disease sweeping the world.

She used an app developed by Indiana University Health to get an online screening, as her district recommended. But health officials there told her she didn’t qualify for testing, despite her fever, sore throat and cough—typical symptoms of the novel coronavirus—because she hadn’t visited a country with an ongoing spread of the disease. Nor had she been in close contact with someone who had tested positive, as far as she knew.

Carlson spent about a day and a half trying to find a way to get tested, talking to her doctor, outside labs and an urgent care center, only to repeatedly get told she didn’t meet the criteria.

So, she has stayed home for the past two days, even though she tested negative for influenza A and B at her doctor’s office, and is wondering why she had a fever and other symptoms.

“I was very frustrated,” said Carlson, who has a degree in molecular biology and knows that a virus can spread quickly. “As a teacher, my obligation is keeping my students safe.”

Across Indiana, people are growing increasingly upset they can’t get tested  for COVID-19 to learn whether they are infected.

The main reason: the Indiana State Department of Health has a limited number of test kits and has imposed strict conditions on who is eligible for testing.

Many local hospitals say they have no test kits on hand and must go along with the state’s guidelines. But that puts them in a difficult position when patients call and insist on being tested.

“I just got off a call with one of our clinic managers who said that somebody was absolutely demanding to be tested, and did not meet the criteria by a long shot,” said Dennis Murphy, president and CEO of Indiana University Health, the largest hospital system in the state.

He added: “This is something we don’t control. The state health department today is controlling the access to the testing and who meets criteria to get that testing.”

More than 1,000 people have called IU Health in recent days asking—and in some cases, demanding—to get tested.

Of those, the Indianapolis-based hospital system has referred “in single digits” patients to come in and give a swab that can be sent to the state health department’s laboratory for testing, said Dr. Jonathan Gottlieb, the system’s chief medical officer.

Gottlieb said he is exploring whether IU Health can get its own test kits from an outside vendor but hasn’t had any success yet.

Of the limited capability to test patients and the state’s restrictions, Gottlieb said, “We’re dealing with the reality rather than criticizing it.”

Several other hospital systems in central Indiana say they are getting plenty of questions about the tests.

Community Health Network, which took a sample last week from the very first person in Indiana who tested positive, said it is working through the situation as best as it can.

“As there is a national and worldwide shortage of COVID-19 tests, we are exploring other testing options,” spokeswoman Kris Kirschner said, “and are hopeful an alternative option will be available to us soon.”

Ascension St. Vincent said it is following “appropriate screening protocols” set by federal and state officials, and leaving the eligibility for testing at the discretion of the Indiana State Department of Health.

Eskenazi Health said it is using outside commercial labs to do a majority of its COVID-19 testing after doing an initial screening. As of Thursday evening, it had sent specimens of 17 patients to the lab for a test, said Michelle O’Keefe, an Eskenazi spokeswoman.

It was unclear whether those 17 tests were included in state figures.

The state health department said it did not how many people had requested tests but did not meet the eligibility standards and were denied. It also said it could not say how many test kits it had available for the entire state. It said its own call-center operators are being overwhelmed by the number of doctors and concerned residents calling in to ask about tests.

Each kit contains chemical reagents that are used to process the specimens. The number of tests that can be done with each kit varies, because some tests require the use of up to 15 reagents

“Since some specimens require more testing materials than others, we cannot provide a number,” said Megan Wade-Taxter, a spokeswoman for the Indiana State Department of Health.

Some neighboring states say they believe the disease could infect more than 100,000 people in their borders.

Though Ohio has reported just five confirmed COVID-19 cases, Dr. Amy Acton, director of the Ohio Department of Health, said Thursday that she believes at least 1% of the state’s population of 11 million is already carrying this virus, or about 117,000 people, according to Columbus Business First, a news outlet in that state’s capital.

Some Indiana health officials said had no way to substantiate the 1% infection figure.

“I think it’s very difficult to make that prediction based on what we know now,” said Dr. Virginia Caine, director of the Marion County Public Health Department.

But some national officials say coronavirus is spreading quickly and is many times more lethal than seasonal flu.

Dr. Anthony Fauci, director of the National Institute of Allergy and Infectious Diseases, sounded the alarm Wednesday during a hearing before the House Oversight and Reform Committee.

He warned that the outbreak in the U.S. is going to get worse before it gets better, and said the U.S. must act quickly to stem the spread of the coronavirus. That includes testing for cases that seem serious, he said.

His warning came the same day the World Health Organization declared the coronavirus a pandemic and urged countries to do more testing to keep the disease from spreading.

Other countries are testing much more aggressively. South Korea, for example, has tested more than 140,000 people. In the U.S., a little more than 7,000 COVID-19 tests were performed by early March, according to an investigation by The Atlantic, in partnership with independent researchers.

Accurate testing, officials say, is critical to stopping the disease, because when people get a confirmed diagnosis, they can be put in isolation, where they won’t spread the disease further.

That’s the feeling of Carlson, the Indianapolis science teacher, who has kept herself at home since Tuesday in the belief she should take extra precautions to contain the disease.

“I never managed to get a test,” she said on Thursday afternoon. “We canceled our spring break plans. My husband is working remotely from home. My son is home, too. We are all staying here for the next three weeks.”

3 thoughts on “Thousands of Hoosiers ask about COVID-19 testing, but most get turned away”