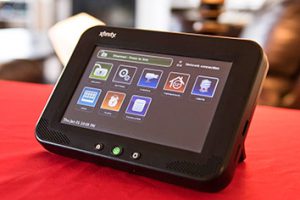 Technology has paved the way for people to engage with more aspects of their homes beyond security features. As a result, cable, phone and other companies have taken notice and jumped into the space.

TV broadcasters push to get side channels into homes

A baby born of Indiana telecom reform is having some teething pains. AT&T’s U-verse, Ma Bell’s high-tech answer to
cable television’s troika of video/voice/Internet service, has generated several consumer complaints to
state regulators since it was rolled out here in earnest last year. The complaints range from long installation
times to frozen television pictures that require rebooting the system or calling a technician.

Some in the telecom industry think AT&T had the Indiana General Assembly twirled around its finger like a coil of phone cord
last year. It lobbied legislators to rewrite the state’s telecommunications laws so it could more easily deploy its “U-verse”
video product.