Home » In the workplace: Cultivating the power of many for innovation 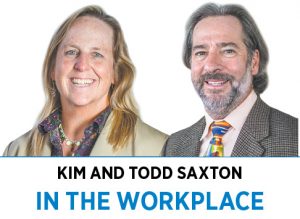 In our last column, we shared several myths about disruption, including this one: The best idea always “wins.”

This week, we want to share more about how and why that is sometimes not the case. Many times, when we think about an innovation, we envision a genius puttering away in a lab and encountering a eureka moment. For example, if we say the names Thomas Edison and Benjamin Franklin, we bet that very image jumps into your mind. The light bulb itself is often used as an icon for innovation.

In reality, many, many “genius” ideas never catch on. Others eventually catch on, but they take much, much longer than they should have and involve many more people. That is because genius alone is not enough to create a successful innovation. Rather, genius ideas need to be connected through a network to create change.

First, we have to acknowledge the important role of creative genius that brings about the new idea. But even a genius idea rarely comes from one person alone. Edison patented the light bulb in the United States in 1879. But that patent came from a long line of innovations around power generation, incandescent lighting and filaments.

Volta created the first “battery” in 1800. Building on that invention, Sir Humphry Davy produced the first lamp in 1802, a next step. There were numerous attempts to replace the arc with something safer and more robust—a filament—over the next decades. By the 1870s, the race to perfect a commercially viable filament in a vacuum glass bulb spread across the United States, the UK and Canada. Eventually, nearly all of these light-bulb innovators joined forces under the Edison Illuminating Co., a precursor to General Electric. Over a two-year period, they tested more than 3,000 versions of the light bulb. After 80 years, the light bulb turned on.

The recent COVID-19 vaccines, based on mRNA technology, also were the combination of work from several geniuses. The first was Katalin Karikó, a Hungarian biochemist working as an assistant professor at the University of Pennsylvania. Karikó spent more than a decade in the 1990s unsuccessfully trying to figure out how to get the human body to not reject mRNA carrier cells.

Finally, in 2005, she and research colleague Dr. Drew Weissman published a paper explaining they’d found a way to add nucleosides to the mRNA, so the body no longer attacked them. This publication led other scientists at Harvard Medical School and MIT to research what the next scientific steps would be to create a viable therapy. Their efforts led to the founding of Moderna.

In Germany, BioNTech’s researchers and co-founders also saw the potential of mRNA as an immunotherapy. As the pandemic started, both firms quickly pivoted to address the new virus and collaborated. It took the combined effort of all these geniuses to get these novel vaccines to the world.

So we’ve got a genius idea, to which a number of geniuses have contributed. Is that enough for it to break out? Sadly, no. Other important partners need to be considered and included in your plans. First, you need influencers. Those influencers will help bring attention to the idea and even advocate for regulatory change.

Finally, the idea itself needs wide promotion. Yes, influencers can help with promotion. But it cannot be left in their hands alone. Adoption of the COVID-19 vaccine has required advertising, celebrity endorsements and even incentives to encourage widespread use. Let’s hope this continues.

We hope we didn’t crash your dreams of the importance of “genius,” and we mean no disrespect to the geniuses out there. Instead, we hope it’s comforting to recognize that all of us can be part of creating widespread change through advocacy and promotion. And this guidance applies not just to large-scale societal change but also to smaller-scale organizational change.

So, keep developing your genius idea. Bring in others who can help your efforts. At the same time, develop a plan to get others to pick up that idea and advocate for it.

And the next time someone raises a good idea, don’t be the person who says, “No, we can’t do that.” Or, “We tried that and it didn’t work.” Instead, help think about how to make it successful this time. Whom can you bring in to develop and promote the idea? And feel free to leave this column on the desk of your last naysayer.•

Todd Saxton is associate professor of strategy and entrepreneurship and M. Kim Saxton is clinical professor of marketing at the IU Kelley School of Business at IUPUI. The Saxtons are co-authors of “The Titanic Effect: Successfully Navigating the Uncertainties that Sink Most Startups.”