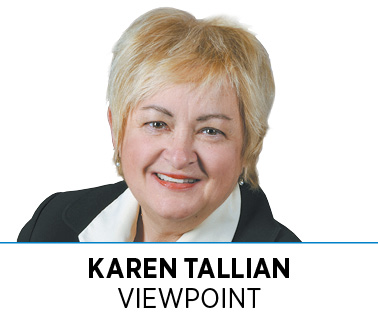 Debtors’ prisons were abolished by Congress more than 180 years ago. But in Indiana, the practice of criminalizing poverty is alive and well. Every day, tens of thousands of people who have been charged with—but not convicted of—a crime are languishing behind bars because they are too poor to pay bail.

As Indiana’s jails grapple with an overcrowding crisis, our outdated and harmful reliance on money bail has enshrined discrimination against poor Hoosiers in law. The money bail system has effectively created a two-tiered system of justice: bail for the rich, jail for the poor.

The use of money bail fuels mass incarceration, erodes public safety and does irreparable harm to poor communities, with a particularly devastating impact on communities of color. It is fundamentally unjust to make a person’s liberty contingent on the amount of money in his or her pocket, a practice that has endured from early debtors’ prisons to contemporary mass incarceration. It is long past time to transform our pretrial justice system in Indiana.

With that aim, I introduced Senate Bill 303, which would have ended the use of cash bail for most people charged with misdemeanors. This is only one step toward fully eliminating poverty-based detention, and it should be a common-sense reform that helps lay the groundwork for more transformative change.

Further, people should know that police and sheriffs already have the discretion to issue a summons instead of making an arrest for many misdemeanors. This is a practice that should be encouraged to help keep people who have been charged with low-level offenses out of pretrial detention so they can remain in the community to work, go to school and take care of their families.

Indiana has the dubious distinction of leading the nation in jail growth. In 2019, at least 66% of the state’s jails were overcrowded. But of the 21,000 people in jail on an average day in Indiana in 2018, 56% were not yet convicted. If counties had released only half of that pretrial population, the number of overcrowded jails would have been cut in half.

Some people charged with low-level offenses spent more time in jail waiting for their day in court than they ever would have been sentenced to serve! Many innocent people have likely chosen to take plea deals in a desperate bid to go home to their families.

Unnecessary pretrial detention is a strain on cash-strapped local budgets and has a terrible human cost. People who are too poor to pay bail become more deeply and permanently entangled in the criminal justice system. Research shows that being locked up before trial makes a person more likely to be sentenced to jail or prison time, likely to receive longer sentences, and more likely to be arrested in the future.

In short, our failed reliance on money bail has actually helped increase crime. What’s more, people are also likely to lose their jobs, their homes and even custody of their children. And as both Indiana and the nation grapple with an addiction crisis, incarceration has led to even higher rates of overdose deaths.

Indiana is poised for statewide implementation of Criminal Rule 26, which will institute a “risk assessment tool” intended to help judges understand a person’s risk of flight or potential danger to public safety. But this tool will not be an instant fix as long as we continue to allow people to be locked up simply because they are poor.

Indiana is taking steps toward improving pretrial justice. But as other states take bold strides toward meaningful reform, many vulnerable Hoosiers are being left behind.•

Tallian, a Democrat representing Senate District 4, is from Portage. Send comments to ibjedit@ibj.com.