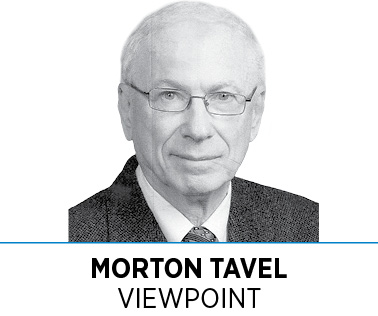 The Affordable Care Act has improved the lives of many Americans, but more is needed to solve our health care crisis. Almost 30 million people still do not have adequate coverage, resulting in deficient health care and many bankruptcies. Numerous sub-optimal plans offered by employers result in continued financial distress.

A recent study shows that much of the variation in medical spending is determined by capacity rather than by medical need. The study concluded that such wasted care accounts for more than half of all Medicare spending, representing a major contributor to the rapidly rising costs.

Indeed, investing in health care buildings and equipment for reasons other than anticipated need duplicates services and drives up utilization. If capital investments exceed community health care needs, prosperous hospitals can expand and modernize while impoverished ones cannot, threatening the viability of safety-net institutions that serve vulnerable populations. A national single-payer planning system could address these capacity problems.

Administrative overhead is another challenge. In contrast to the ACA’s requirement that private insurers spend at least 85% of their revenue on delivery of health care, more than 98% of Medicare’s expenditures are so devoted. Estimates vary, but one-quarter to one-third of our costs are driven by insurance company overhead and profits. Roughly half of these costs would be recovered under single-payer and could instead be devoted to the delivery of meaningful health care. Streamlined billing under single-payer would also save physicians vast overhead costs.

A single-payer model could convert public programs such as Medicare and Medicaid into an efficient single system, allowing us to scrap Medicaid altogether. That would eliminate a second-tier system (Medicaid) that is inherently unfair. It relegates a substantial number of people into an inferior status that compensates less, leads to substandard medical care, and causes frustration for caregivers.

Drug prices are another culprit. Acceptable drug lists vary widely among health plans. Negotiated prices depend strongly upon the buyer’s purchasing volume. Only a single-payer system enables the kind of unified bulk purchasing of drugs and medical devices that would give the buyer adequate power. A model for this structure exists today in the U.S. Department of Veterans Affairs, which uses government negotiating authority to pay roughly half the retail price of drugs.

Lower physician income is often a concern associated with single-payer systems, but such a system could allow for caregivers to receive adequate reimbursement of expenses. Moreover, physicians might best be compensated with regular salary-type payments rather than the current “fee for service” model, which encourages excess medical tests and procedures that drive up costs without providing better outcomes.

Since the entire population would ultimately participate in and be covered by a basic single-payer system, it would provide automatic coverage for everyone, including those with pre-existing conditions.

Although employer-financed coverage could simultaneously be allowed to continue, individuals so covered could be allowed to opt out at any time to enter the single-payer government-sponsored system. This choice would provide a means for employers to reduce their financial burdens, while at the same time allow patients the flexibility to move freely to other employers without losing coverage. Competition with the public option would force private insurers to compete with the single-payer, likely forcing them to lower their prices to survive.

The ACA has begun the process of much-needed change, but we need to go further in reforming health care to give all Americans the right to comprehensive coverage. The rest of the modern world has shown that basic single-payer systems consume a far lower percentage of national resources, while providing equal or greater health care benefits. We need to consider many of these proven solutions.•

Tavel is clinical professor emeritus at the Indiana University School of Medicine.