Home » Crunching the numbers on Obamacare

The biggest changes from President Obama’s 2010 health reform law take effect nine months from now, which means the time most Hoosier workers will choose their health insurance plan for next year is only about six months away.

That means Hoosier employers have to make decisions about how to handle the health reform law right about now.

Many have started crunching detailed numbers to cost out their options.

Others are wrestling with whether to extend their health plan to their part-time workers to avoid the federal penalties.

Still others are just trying to understand whether their premiums will go up or down once most of Obamacare takes effect on Jan. 1, 2014.

“It is truly a new landscape when you look ahead to 2014, and a lot of that is unknown,” said Katy Stowers, adviser general counsel at First Person Inc., a benefits consultancy in Indianapolis.

But now, three years after the passage of the Patient Protection and Affordable Care Act, enough is known that most employers can make decisions about what to do for next year.

A key hurdle was crossed on Jan. 2, when the Internal Revenue Service published its proposed regulations on how it will assess penalties on employers that don’t offer health insurance to at least 95 percent of their workers or who fail to offer coverage that is affordable for their employees.

“I came back to work on Jan. 2, and it was like everyone was paying attention,” Stowers said.

Below, three Indianapolis-area employers share the analyses they have done on how Obamacare will affect them and how to respond. 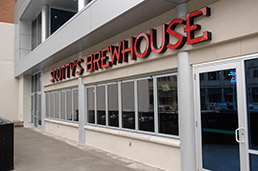 Either way Scotty’s Brewhouse cut it, it looked like President Obama’s health reform law would sap more than half the annual cash flow from the seven-restaurant chain based in Indianapolis.

The company has 800 employees, but it provides health insurance to only 65 salaried staff members. As at many restaurants, hourly employees aren’t eligible for Scotty’s health plan.

So Scotty’s faced paying the health law’s $2,000 penalties for every hourly employee that averaged at least 30 hours a week during the year, which it figured would cost it $244,000 annually.

Or else Scotty’s could offer health insurance to those employees, which it figured would cost about $206,000 a year—including the cost of an additional administration person to oversee the larger health benefits program.

Both options would hammer Scotty’s annual profit—after debt payments and capital purchases—of about $400,000, leaving the $20 million operation running on margins of less than 1 percent.

“We would definitely have to slow down our expansion,” said Wendy Hantelman, chief financial officer at Scotty’s, which had once hoped to open six to eight new restaurants this year and next.

“We’re going to have to slow down either way,” she added.

Scotty’s also worked with First Person to come up with a plan to mute the impact of the health reform law.

They scrutinized more closely the 154 employees who worked roughly 30 hours per week. Of those, it found that 31 already worked 35 or more hours per week. So Scotty’s decided to offer them health insurance.

Scotty’s store managers identified another 30 employees who worked 31 or 32 hours per week, but who were deemed critical to keeping Scotty’s kitchen and hosting operations ahead of its competition. So Scotty’s will also offer those employees health insurance.

Scotty’s estimates that this plan will cost it $90,000 to $100,000 in extra spending next year, which is more manageable than offering insurance to all its workers. 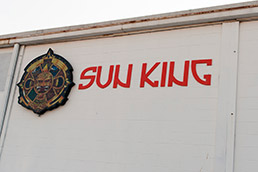 Four-year-old craft brewer Sun King has never offered health insurance to its employees, but it has always planned to do so once it could afford it.

The health reform law is forcing the company to make a decision now.

Sun King has 36 full-time employees and 60 part-timers, most of whom are in their 20s or early 30s, and who don’t typically use a lot of health care.

That’s significantly less than what Sun King would pay if it starts a health insurance plan. President Omar Robinson estimates a health plan will cost Sun King $250,000 to $300,000 per year—although he acknowledges those figures are a “SWAG—a scientific wild-assed guess.”

Costs are difficult to estimate because not all employees who are offered health insurance will take it. Even though in 2014 most adults will face fines if they do not buy health insurance, some could be covered by their spouse’s health insurance, and workers 26 and younger could remain on their parents’ plan. Others may simply pay the fine, which starts out at only $95 per year.

Robinson budgeted $300,000 for health insurance for 2014, but Sun King will bring in a benefits consultant in late April to begin detailed analysis.

Sun King already spends $2,000 to provide yoga classes to its employees and $50,000 to serve healthful lunches at its offices four days a week. But offering health insurance will force Sun King to put off other major purchases.

The company could buy six brewing tanks or three delivery trucks for the same amount of money it will spend—even after figuring in tax benefits—on health insurance.

“We will grow at a slower speed because of health care reform,” said Robinson, sitting behind his desk in a former auto manufacturing facility east of downtown. He estimated Sun King’s growth would drop from 20 percent to about 17 percent or 18 percent if it adds a health insurance plan. 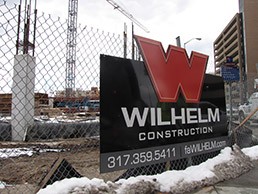 As soon as President Obama signed the Affordable Care Act in March 2010, executives at Indianapolis-based contractor Wilhelm Construction decided they would end their company-sponsored health plan.

The 1,500-person company, which built the headquarters for the NCAA and is building the new Eskenazi Hospital, figured it could use the health insurance exchanges created by the law to help employees find equivalent health coverage—and for less money.

That’s because the exchanges offer federal subsidies to cover some of the cost of health insurance.

But an analysis by Wilhelm’s benefits adviser, Apex Benefits Group, found it would actually cost the 200 non-union employees that are covered by Wilhelm’s health plan about 33 percent more to buy coverage via the exchanges than they were already paying via Wilhelm’s existing plan.

“Our goal was to get out of this game,” said Joe Cathcart, Wilhelm’s secretary and treasurer. But, he added, Apex’s calculations took that option off the table.

There are a slew of factors that will drive up costs in 2014. The health law taxes health insurers, who will likely pass that on to employers as a 2-percent to 3-percent premium increase. There are per-employee taxes employers must pay to help the federal government pay for “transitional reinsurance” and new kinds of medical research.

“I’m just concerned there are employers out there who are going to be staring a substantial increase in the face who are not ready for it,” said John Gause, president of Apex Benefits.

Late last year, Apex did a long-range projection for Wilhelm’s health insurance premiums, which found they are likely to rise 20 percent in the next year and a total of 70 percent over the next six years.

That’s quite a bit higher than the 50-percent increase Wilhelm experienced during the last six years.

While Wilhelm would not disclose how much it spends per employee on health benefits, the average company in Indiana spends $6,500 per worker.

If Wilhelm were consistent with that number, its current health benefits spending of $1.3 million per year would be set to grow to $2.2 million by 2019. About $260,000 per year of that increase—or about 29 percent—could be attributed to Obamacare.

Those rising health care costs immediately affect the wages of Wilhelm’s unionized workers, because Wilhelm pays a flat rate to the union health plan, which doesn’t rise until the next contract negotiation.

“The Affordable Care Act was supposed to drive the line down,” Kenney said of projected health insurance costs. “But what we’re seeing is that it’s not reducing estimates.”•