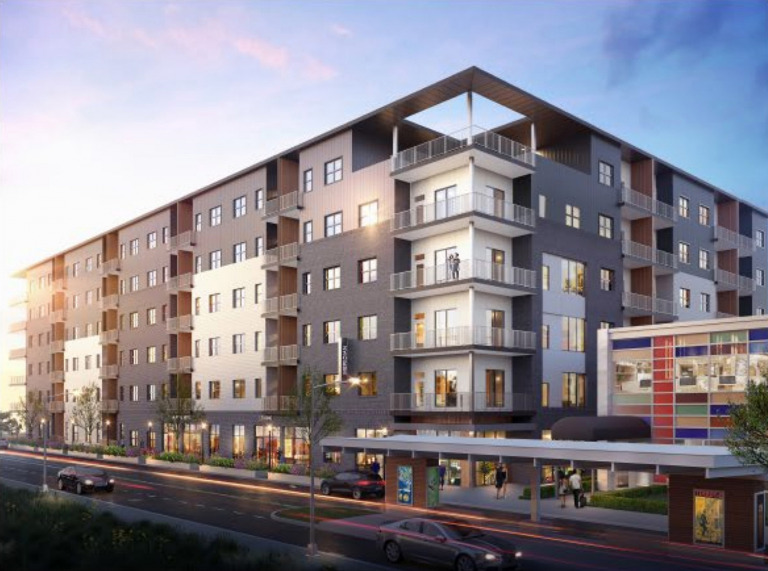 Pending City-County Council approval, TIF funding is in the works for the 1827 Lofts on Meridian Street, the Guilford development at the site of the former Broad Ripple Kroger, and the Links project at the former Fountain Square White Castle operations center.

The three developments encompass a total of 606 units and a investment of more than $155 million transit-oriented housing, according to Scarlett Andrews, director of the DMD.

A September 2021 zoning code change prioritizing transit-oriented development during the creation of the IndyGo Red Line helped pave the way for the projects. It prioritizes moderate- to high-density housing near transit, more walkability and safety along the transit line and easy access to commercial development in neighborhoods.

The Metropolitan and Economic Development Committee approved incentives for the first in the package of transit-oriented developments, 1827 Lofts, on Monday. TWG Development LLC plans to spend $45 million on the 1827 N. Meridian St. project and requested $4.9 million in TIF bonds.

Plans for the near-north side development were bulked up in August. As presented Monday, 1827 Lofts will have 166 apartment units: 32 studios, 81 one-bedrooms, and 53 two-bedrooms. In accordance with TIF requirements, 5% of the units will be designated for those making 30% of the area median income. A studio would rent for about $494, a one-bedroom for $564 and a two-bedroom for $635.

The proposal was passed onto the full council unanimously. Financing proposals for the other two projects are likely to be heard at the next Metropolitan and Economic Development Committee meeting on Nov. 14.

The Guilford mixed-use project, at the site of the former Broad Ripple Kroger, is being created as a partnership between Gershman Partners, Citimark and Milhaus. It will have 232 units and a 3,820-square-foot commercial space. The developers are asking for $7.5 million in TIF bonds to create the $62 million development.

Link will bring 204 units and 14,000 square feet of commercial space to the Fountain Square neighborhood, directly off the Cultural Trail at 921 Virginia Ave. The developers, Gershman Partners and Deylen Realty, are asking for $8.36 million in TIF bonds for the $60 million development.

In addition to transit-oriented development, the DMD also is open to more of downtown’s vacant office space being repurposed as housing, like the Gold Building, which will become 350 apartments through the $175 million City Market East project.

Density is a priority for DMD due to Indianapolis’ low vacancy rate for multifamily developments, Andrews said, which is currently at 6.5%.

The demand for housing is driving up the price of both market-rate and affordable housing, she said. Market-rate rent for the city currently averages $1,049 per unit, according to the DMD. By adding more units to the market, the DMD hopes to calm the demand and the rising costs of housing.