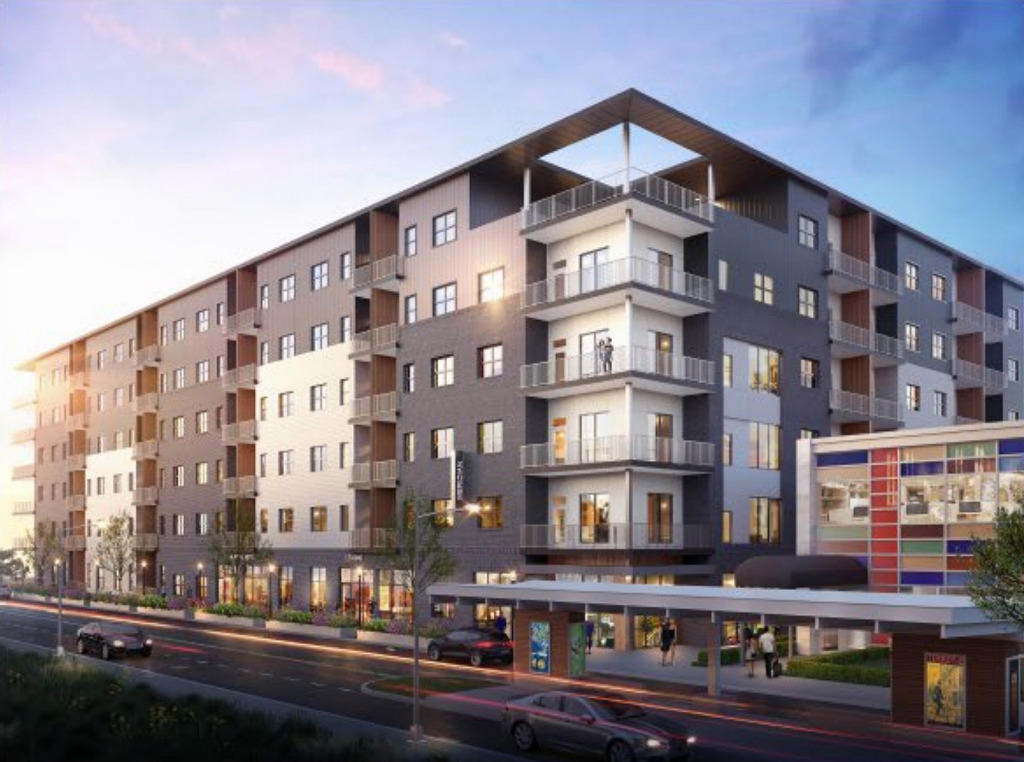 Plans for the project now call for six stories instead of four. (Image courtesy of the city of Indianapolis)

Plans for an apartment complex on the near-north side have bulked up with significant changes to its scope.

Indianapolis-based TWG Development LLC on Thursday will ask the city to approve modifications to its proposed $25 million development at 1815 to 1835 N. Meridian St. They include adding more than 50 apartments—for a total of 166 units—and a new parking garage.

The cost for the revised development has been estimated by TWG at $45 million.

Initial plans called for a four-story, 115-unit structure and about 20 on-site surface parking spaces. The updated project would have six stories with a 44-space parking garage.

The 1.1-acre assembled parcel, consisting of four lots, is owned by the Indianapolis Neighborhood Housing Partnership through Redline Holdings IX LLC. TWG has the land under contract.

The project, tentatively called 18th and Meridian, will consist of studio apartments and one- and two-bedroom units for individuals and families making 60% or less of the area’s median income. It will also have amenities that include bicycle parking, a business lounge and a fitness center, along with a swimming pool.

Some first-floor commercial space is also expected to be part of the project.

The property is adjacent to a stop on IndyGo’s Red Line, which TWG President Tony Knoble has said played a big role in the company’s effort to build there.

TWG is set to go before the city’s Regional Center Hearing Examiner on Thursday to request approval for modifications to the development—in particular the height of the building, which is now expected to be nearly 75 feet.

The examiner last year approved a rezone of the property from C-4 commercial to MU-2, for mixed-use development.

About 5% of the units will be offered at 30% of the area’s median income. TWG is seeking city support for the project through tax-increment financing.

Colorado-based Studio Architecture is the design firm on the project.

Correction and clarifications: This story has been changed to reflect new information that became available after it was first posted: The estimated cost of the expanded project is $45 million, and the developer is not seeking a low-income housing tax credit for the project. You can see all of IBJ’s corrections here.