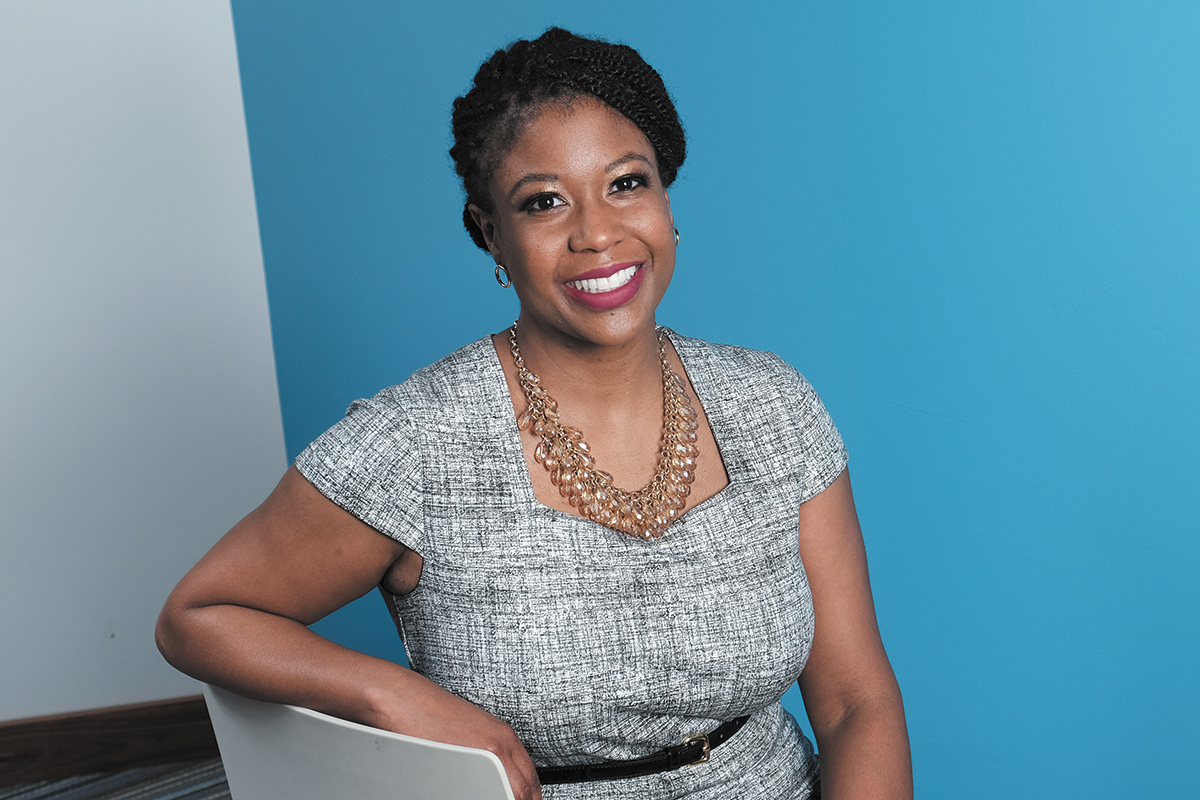 Breanca Merritt always had a knack for writing and wanted to make a difference in the world, so she planned to become an investigative reporter. But after a prestigious Dow Jones New Fund internship, she decided journalism wasn’t for her. So she focused instead on public policy research. Now, as founding director of the Center for Research on Inclusion and Social Policy (known as CRISP) at IUPUI, Merritt said she’s married what she loved most about journalism—storytelling and connecting with people—to work that continually reveals the trends that limit progress in Indianapolis.

Getting here: She was encouraged by a trusted professor at the University of Oklahoma to complete her master’s and doctorate, leading her to a career in academia and a fellowship with the Oklahoma Policy Institute researching health among local Native American communities. She became a research analyst at the Public Policy Institute at IUPUI in 2015, focusing on the complexities of poverty, racial and ethnic disparities and education equity. She helped raise $1 million to create CRISP, which focuses on equality and social policy and launched in January 2019. 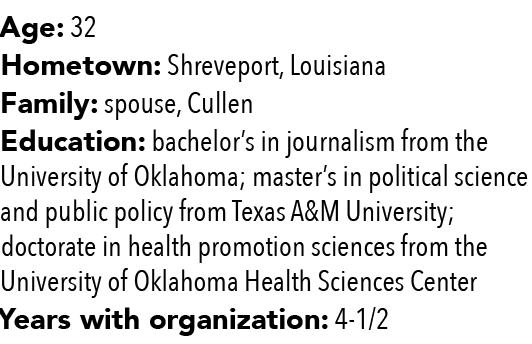 Influential moment: “Concurrently completing my coursework in public administration/policy, failing a doctoral qualifying exam (which you have to pass to write your dissertation), and dealing with two of my grandparents passing away within a few months of each other.”

Influential people: Her grandparents, who exposed Merritt to reading at a young age and to the stories of other elderly people. “I learned to listen really well and learn about history,” Merritt said.

Givebacks: Member of the Blueprint Council through the Indianapolis Continuum of Care and the Thomas Gregg Neighborhood School Board. Serves as food pantry director at New Era Church and is an active member of Alpha Kappa Alpha Sorority Inc.