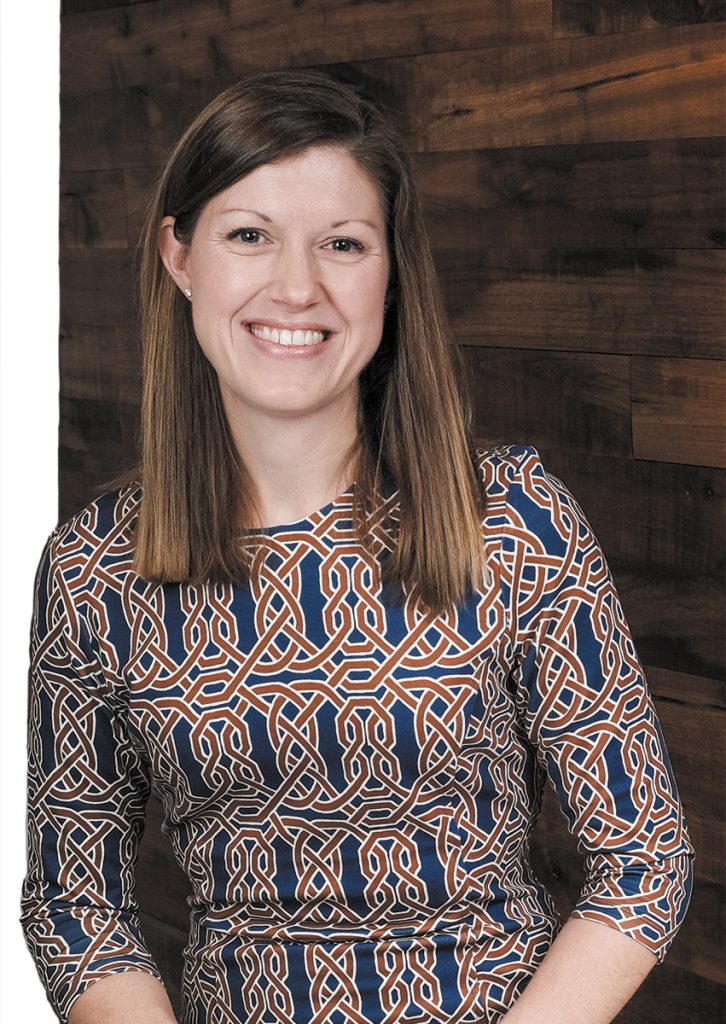 Before she became a practicing attorney, Ice Miller partner Christina Fugate attended a conference—at the request of a supervisor—on franchise law and business. “It was intimidating,” Fugate said, but it led her to discover an area of law that had yet to be fully addressed by her firm. Now, she’s the firm’s expert on the topic and chairwoman of the firm’s franchise and distribution team, and she’s also founder of the Indiana Franchise Association.

Getting here: Fugate attended Butler University to pursue tennis and started with Ice Miller in 2007 as a full-time associate in litigation. In 2016, she moved into her current role as a partner and leader of the franchise practice. “Our goal is to be the go-to resource in the franchise industry, whether it’s someone looking to explore growth of their business through a franchise model, buy into an existing system as a franchisee, or to help solve problems and disputes.”

Proud moment: The significant growth of her team. “Since 2017, we have more than tripled our revenue for the vertical.”

Influential people: Her older sisters. Sara, a pediatrician in Portland, Oregon, and former world champion sprint triathlete in her age group, taught Fugate that “you don’t sign up for a race to compete; you put in the hard work and do your best to try and win the race.” Her other sister, Angie, is grappling with a cancer diagnosis. “She has taught me to be a fighter and to always have a positive attitude,” Fugate said. 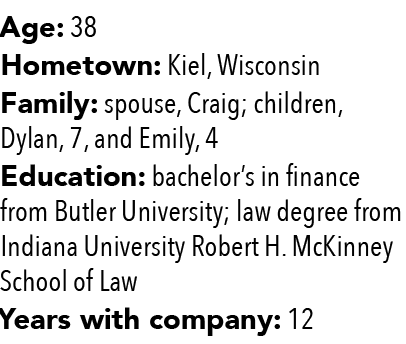 Givebacks: Co-founded the Women’s Network Forum in 2016. Serves on the board for the Indianapolis Chapter of Commercial Real Estate Women and the Dean’s Advisory Council for Butler’s Andre B. Lacy School of Business and founded the school’s now-annual Bulldog Crawl fundraiser.