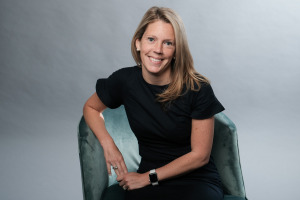 Getting here: Triplett started her career at Baldwin & Lyons, an insurance agency now called Protective Insurance Co., in 2005. After a year there, she went to law school, gave birth to her first daughter in between semesters during her third year of law school and returned to work in 2010. She moved to Toyota Industries North America in 2015.

Proud moment: Building relationships with Toyota’s group companies and colleagues in the legal department in Japan. “Gaining the trust of the people throughout the organization is something that I am particularly proud of. It took a lot of work and I had to prove myself, but in the end, those relationships have allowed me to effectively provide legal guidance and solutions.”

Influential people: Her parents, Tim and Joan Miller. “My father really demonstrated what it meant to be a hard worker and how important work ethic was and to never give up or let setbacks/failures hold you back. My mother was a constant stream of support and love, and that really gave me the confidence to feel like I could tackle anything.”