Home » No increase in benefits for many Social Security recipients 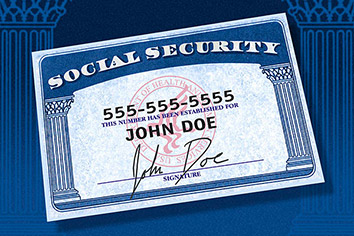 As if voters don't have enough to be angry about this election year, the government is expected to announce this week that more than 58 million Social Security recipients will go through another year without an increase in their monthly benefits.

It would mark only the second year without an increase since automatic adjustments for inflation were adopted in 1975. The first year was this year.

"If you're the ruling party, this is not the sort of thing you want to have happening two weeks before an election," said Andrew Biggs, a former deputy commissioner at the Social Security Administration and now a resident scholar at the American Enterprise Institute.

"It's not the congressional Democrats' fault, but that's the way politics works," Biggs said. "A lot of people will feel hostile about it."

The cost-of-living adjustments, or COLAs, are automatically set each year by an inflation measure that was adopted by Congress back in the 1970s. Based on inflation so far this year, the trustees who oversee Social Security project there will be no COLA for 2011.

The projection will be made official on Friday, when the Bureau of Labor Statistics releases inflation estimates for September. The timing couldn't be worse for Democrats as they approach an election in which they are in danger of losing their House majority, and possibly their Senate majority as well.

This past Friday, the same bureau delivered another painful blow to Democrats: The U.S. lost 95,000 jobs in September and unemployment remained stubbornly stuck at 9.6 percent.

Democrats have been working hard to make Social Security an election-year issue, running political ads and holding press conferences to accuse Republicans of plotting to privatize the national retirement program.