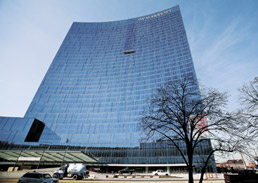 Republicans who now control the Indiana House are poised to push reforms next year that would strengthen local governments’ ability to offer businesses tax abatements.

But the changes could be met with caution in Marion County, where a few recent initiatives and depressed property tax revenue have heightened public scrutiny of such economic development incentives.

The proposals, a high priority in the House Republicans’ extensive 2011 legislative agenda, would allow tax breaks for property already on the tax rolls if the breaks were needed to create or retain jobs. Currently, communities can apply tax abatements only to the increased assessed value that comes with new development on a property, not on what already exists on a site.

The changes also call for allowing communities to offer 100 percent tax relief for up to three years, rather than the one year of full relief allowed now. That would apply if businesses did certain things, such as locating in an industrial recovery site or in a county with high unemployment.

“Tax abatements are a key tool local folks tell us is helpful in attracting jobs to their communities,” said Rep. Brian Bosma, R-Indianapolis, who is expected to be sworn in as House speaker Nov. 16. “We’re adding some items to [local officials’] toolbox. They’ll have to determine at a local level when it’s appropriate for their communities.”

Indianapolis leaders agree that abatements and other incentives are essential to helping grow the tax base. And they say that’s the most effective way long term to counter the shrinking revenue that has ensued with property tax caps, which will become part of the state constitution.

But they also acknowledge that such incentives–particularly retroactive tax abatements–will have to be used judiciously.

Because of property tax caps, “we’re under increased pressure to protect the tax base,” said Michael Huber, the city’s deputy mayor for economic development. “In general, we applaud their efforts to be creative and expand the toolkit. That can only help us in this complex landscape.”

The efforts are getting less applause from some other local leaders and neighborhood advocates.

Critics always have voiced concerns about tax abatements and other incentives, such as tax-increment financing districts. In such districts, property-tax money generated from new development is used to pay off debt on certain projects in the area.

In recent weeks, though, those concerns have been more prominent.

Earlier this fall, some residents and City-County Council members disapproved of a Metropolitan Development Commission decision to use $8 million from a downtown TIF district to support the Capital Improvement Board, which runs the city’s sports venues.

CIB leaders said that money will benefit the Indianapolis Convention and Visitors Association. But it also will help offset other expenses for the board, which is providing the Indiana Pacers $10 million next year for operating expenses.

Such maneuvering of money has spurred members of the public to call for a greater discussion of what tax-increment financing is and how those dollars should be used.

The city’s announcement of a $150 million proposed development near Eli Lilly and Co.’s campus on the south side of downtown added to the scrutiny.

The North of South project calls for $9 million in TIF dollars for infrastructure improvements and the city’s guaranteeing an $86 million loan. It has raised eyebrows because of the risk the city would assume in the deal.

Further fueling criticism of economic development incentives is the erosion of tax revenue for traditional services, in particular the Indianapolis-Marion County Public Library, which has scaled back hours 26 percent in light of a crunch brought on by property-tax caps.

“In Marion County, we’ve already got property tax problems,” said Fred McCarthy, a northeast-side resident who writes a blog about local taxation issues. “If a tax adjustment is a proper solution to economic development, maybe it ought to be something other than property taxes. You’ve already shackled the library and the transportation system with low property-tax revenues.”

Some even have called for legislative changes in the opposite direction: ones that would provide for more oversight of existing economic development incentives.

Brian Mahern, a council Democrat, tried to pass a resolution last year calling for the Legislature to give the council oversight of tax abatements. Currently, those decisions are left to the Metropolitan Development Commission, whose members are appointed, and the council gets a say only if the abatement is for a project in a TIF district.

Mahern said he is considering renewing that call, in part because of public sentiment.

“If actions are being taken by appointed bodies that are inconsistent with the public’s views,” Mahern said, “then it’s the job of public elected officials to address that.”

City officials acknowledge the public’s concern about losing property tax revenue, but they say rather than contributing to the problem, economic development incentives help offset that.

Since 2008, the city has approved $93 million in bonds for projects in TIF districts and $48.7 million in tax abatements, according to data from the city.

While Miller said such tools are used with care, having access to them is critical.

“Each of the tools is important because different companies look for different things,” he said. “That can be the tipping point for the deal.”

Miller and others point to the outcome of such incentives. Since 2008, 15,531 jobs have been created and $1.3 billion made in capital investment in Marion County, according to Develop Indy figures.

Still, he and others say any new incentives would have to be viewed with awareness of their impact to the tax base.

One concern with the proposed reforms is that allowing existing property to be abated could cause a rush of businesses asking for tax breaks.

“They might as well just turn the checkbook over to companies to see how they want to divvy up our tax dollars,” said Pat Andrews, vice president of the Marion County Alliance of Neighborhood Associations. “That’s heading in a ridiculous direction on a high-speed train.”

Bosma said the point is to give communities the option if using the incentives makes them more competitive.

“The tax caps may impact a community in such a way that this isn’t going to be an option for them,” Bosma said. “The key about most of the items we’re proposing is, local decision-makers determine if they’re necessary.”•