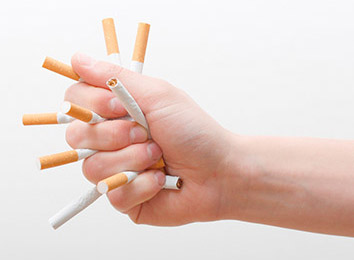 A statewide ban on smoking in all public places might have the momentum it needs to finally pass the Indiana General Assembly in 2011 after four unsuccessful attempts.

State Rep. Charlie Brown, D-Gary, said he will offer a bill in the coming legislative session that would ban public smoking without an exemption for any establishment.

There are indications, he said, that the issue has a stronger possibility of passing the Senate than it did this year, when a similar bill laden by numerous exemptions tacked on in the House of Representatives failed to get a committee hearing.

Even the lobbyist who represents some of the principal opponents of a statewide ban said it’s just a matter of time before smoking is prohibited across Indiana.

“There’s no doubt in my mind that eventually we will have a smoking ban,” said John Livengood, president of the Indiana Restaurant Association, the Indiana Hotel and Lodging Association and the Indiana Hospitality and Tourism Foundation.

“I think public opinion is on that side. Even though I personally feel like it is not something government ought to do, clearly it’s where we’ve been heading for a long time. It’s more of question of when than anything else.”

Gov. Mitch Daniels “prefers home rule,” according to spokeswoman Jane Jankowski, but has said “he would sign a bill if he received one.”

Consequently, “I think the stars might be lining up” for a ban’s being enacted, Livengood said.

That would be a culmination of five years of work by Brown, a 28-year lawmaker. His efforts to have Indiana join 27 other states with statewide bans on public smoking failed the past four sessions. But the votes were not along party lines, leading Brown to surmise that the bill is not doomed merely because Republicans, who already controlled the Senate, also took control of the House in the Nov. 2 election.

Brown’s co-author for the past three years has been Rep. Eric Turner, R-Marion.

“It may be that Eric Turner may have to take the lead and carry the legislation as opposed to my being out front,” Brown said. “So be it. I just want the legislation to pass.”

He said he was heartened when Senate President Pro Tem David Long, R-Fort Wayne, told him late in the 2010 session that reviewing the matter in a summer study committee would give Senate Republicans time to learn about the issue. He was further encouraged when Sen. Beverly Gard, R-Greenfield, told him Long had asked her to sponsor the ban bill since its previous sponsor had retired. Neither Long nor Gard returned phone calls from IBJ.

Brown said he would resist attempts to amend the bill to exempt certain establishments, such as casinos or bars, “because once you start saying you are exempt because of these reasons, then everybody’s going to come up with a reason as to why they should be exempt as well.”

In past sessions, “the argument has always been, ‘You’re going to hurt the small businesses and small restaurants and bars may go out of business as a result of you restricting their customers from smoking,’” Brown said. “My argument against that has always been that only 24 percent of the population of Indiana smokes. That means that 76 percent does not smoke. It appears as though, with those numbers, your business stands to increase clientele as opposed to losing clientele.”

Brown said that no data exist to support the business argument, just supposition. Cities such as New York and Chicago have banned public smoking and “no one has complained about persons being unable to smoke in public places,” he said.

Indianapolis tourism leaders, in fact, told IBJ earlier this year that the city’s refusal to ban all public smoking turned off tourists and cast a backward image.

Livengood said “probably most of our members in Indianapolis would prefer an across-the-board ban rather than the partial ban that we have in Indianapolis now just to have a level playing field,” he said. “But the people who benefit from having the exemptions … don’t feel that way.

“It is an issue that both for the restaurant association and the hotel association puts us in a very difficult position. That’s why I’ve said the only thing that satisfies everybody is no position at all, so they can make up their own policy.”

But that was then. This is now. In the years during which the statewide ban failed, a number of cities, including Fort Wayne and Bloomington, passed smoking bans.

“For a lot of our members, that changes the landscape,” Livengood said. “They’d just rather have the same rules for everybody that they’re competing against.”

Consequently, “we will not be adamantly opposed to it as we were” in the past, he said.•