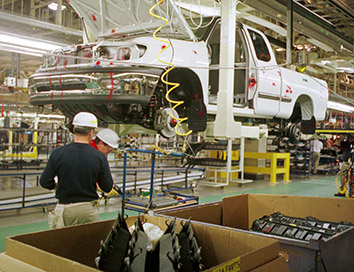 Toyota Motor Corp. says it is adding employees to the full-time workforce at its southern Indiana factory in its third such step since lifting a four-year hiring freeze in September.

The company says the 53 production positions will be filled by current temporary workers at the plant near Princeton.

Factory spokeswoman Kelly Dillon tells the Princeton Daily Clarion that Toyota has seen improved sales for the Highlander mid-size SUV and the Sienna minivan that are made at the plant.

She says Toyota is cautious in hiring and wouldn't add the full-time jobs if it didn't anticipate continued strong sales.

More than 4,000 people now work at the factory some 20 miles north of Evansville. It has added about 100 permanent workers this year.