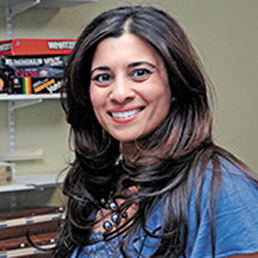 In 1999 Lisa Thompson, M.D., suffered a traumatic brain injury, or TBI. After hospitalization, the mother of four received six weeks of rehabilitation and made a “miraculous” recovery, eventually returning to her pediatric practice. But her emotional suffering hadn’t healed. Five-and-a-half years later, she took her life.

“This was a very powerful message to me, Backhaus said. “We know that people who do not deal with their emotional crises and challenges after an injury, and who perceive a very poor quality of life, have a much worse rehabilitation outcome. I really feel passionate about trying to help patients create new meaning in their lives and find success.”

Backhaus created a manual and training program, Brain Injury Coping Skills Group, to educate TBI survivors and their family members. The 16-week program focuses on brain injury education, recovery expectations, management of daily challenges, stress management and the signs and symptoms of depression, which can crop up years after the injury.

Her research reflects the way the Rehabilitation Hospital of Indiana approaches its work—moving beyond merely compensating for the injury.

Her work attracted interest worldwide. She has trained professionals from the Mayo Clinic in Minnesota, Brooks Rehabilitation Facility in Florida and Sunnas Rehabilitation Hospital in Oslo, Norway.

Those are among the facilities that participated in a multi-center study from 2007 to 2009 to determine the effectiveness of brain injury coping skills. The BICS participants scored significantly better than a control group on the concept of perceived self-efficacy.

The study, which was published in the American Journal of Physical Medicine & Rehabilitation, also found that the non-BICS group got significantly worse three months later. This study garnered Backhaus the 2009 McDowell Award for Best Clinical Science in Early Career. She was also awarded a research grant from the Indiana Brain and Spinal Cord Injury Research Trust Fund, which funded the next phase of her study.

In Phase II, Backhaus measured BICS against a self-directed support group. Both groups scored high on self-efficacy, although BICS proved better for patients with anger control, initiation and impulsivity issues.

“Everybody wants to think they have created a treatment that is a magic solution,” Backhaus said. “This was a wonderfully humbling experience that reminded me that one size doesn’t fit all.”

To date, approximately 300 people have completed the BICS program at RHI and there is a waiting list. Backhaus is very excited about the hope she has inspired in TBI patients.

“Dr. Backhaus lives through it with these patients,” said Jim Graham, executive director of the Rehabilitation Hospital of Indiana Foundation. “It’s not just the pure research that motivates her. She’s doing this out of sheer compassion and caring and a desire to help make their lives better.”•