Indiana’s two racinos are appealing to a federal bankruptcy court to reinterpret state law in a way that would lower a tax burden they contend is unfair.

If the court in Delaware rules in their favor, it could reduce the racinos’ joint tax liabilities—and contributions to state coffers—as much as $30 million per year. 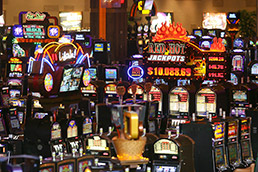 Indiana Live, the Shelbyville racetrack and casino that filed for bankruptcy in April, late last month petitioned the court to weigh in on whether the Indiana Department of Revenue is correctly interpreting a state law that dictates how much the business pays in taxes.

The move comes after unsuccessful appeals to state agencies and legislators for relief.

“We’ve been trying to work out a legislative solution the last couple of sessions,” said Doug Brown, an attorney with local firm Bose McKinney and Evans LLP who lobbies on the racino’s behalf. “It needs to be corrected, and the next-best option is litigation.”

On Aug. 15, Hoosier Park Racing & Casino requested to join in the case so it also could reap the benefit of a potentially favorable ruling.

Hoosier Park, in Anderson, is emerging from bankruptcy. Its reorganization plan has been approved by court and awaits approval from the state’s gambling and horse-racing commissions.

Both racinos have struggled after borrowing heavily to pay the state’s $250 million slots-license fees in 2007 and investing $100 million in their facilities.

In its legal case, Indiana Live contends the state is unfairly taxing the racino on money it doesn’t get to keep.

The racinos are required to deposit 15 percent of their revenue into horse-industry trust accounts, used mostly for horse-racing purse money and things such as care for older horses and assistance for workers.

After a change in state law this year, a sliver of that money—$1.5 million from each racino—now also goes toward tobacco-cessation programs. And if the horsemen’s percentage exceeds a state-mandated cap, the difference benefits the state’s general fund.

The racinos must be taxed on that revenue even though they don’t keep it, according to the Department of Revenue. In the court filing, Indiana Live attorneys contend that the department’s decision—attributed to “an aggressive pursuit of additional revenues”—defies state and federal case law on tax matters.

By remedying the issue, Indiana Live contends, it could save up to $15 million annually, which will “maximize the value of the Debtor’s estate.”

In the fiscal year that ended in June, Indiana Live brought in about $240 million in revenue and paid roughly $69 million in taxes, according to Indiana Gaming Commission records.

Another attempt at change

Sen. Luke Kenley, who helped with the legislation that allowed slot machines at the pari-mutuel tracks and set up the taxing structure, said racinos didn’t protest the way the law was written when legislators hammered out a deal in 2007.

Kenley said there were “lots of things discussed and negotiated,” but that aspect of the law wasn’t a point of contention.

The racino interests came to him and other lawmakers with complaints the first year they had to pay the tax, he said.

Kenley, a Noblesville Republican, said he and other legislators agree the racinos aren’t getting a fair shake, but there’s not much appetite to clarify the law when the state is hurting for cash.

“I remain willing to try to get this corrected in the future,” Kenley said, “but first we’ve got to come out of this recession and get the schools back to where they’re fully funded.”

And even when that happens, a drop in gambling tax revenue as a whole could make it more difficult to justify giving the racinos a break. Overall gambling revenue—the state’s third-largest revenue source—fell more than $22 million to $1.4 billion in the first six months of this year, compared with the same period last year.

It is expected to continue to slip as the economy continues to struggle and neighboring states open competing casinos in the next few years.

In addition to asking for a change in the law, Indiana Live has had discussions with the Department of Revenue about its interpretation, but those so far have not been successful.

Chetrice Mosley, a spokeswoman for the department, said the state can’t comment on the racinos’ push for a different interpretation because of confidentiality rules regarding matters involving individual taxpayers.

An attorney for the department filed a motion Aug. 12 requesting to appear in the case.

John Keeler, general counsel for Hoosier Park parent Centaur, said his company also has lobbied for lawmakers to change the law, but hadn’t taken the case further because Centaur viewed it as an issue for the Legislature to address.

The motivation for joining in the Indiana Live petition, he said, was to avoid being put at a disadvantage in case a judge issued a favorable ruling.

“We felt we’d be putting our creditors in jeopardy if Indiana Live was granted relief and we weren’t part of it,” Keeler said.

Brown, the Indiana Live attorney, said appealing to the bankruptcy court makes sense because resolution will have a substantial impact on the racino’s finances.

“Correcting this problem is key to the reorganization of the company,” he said.

Just how much of a factor it is will weigh heavily in determining whether the bankruptcy court takes up the case, said Henry Efroymson, a bankruptcy attorney with the local law firm Ice Miller LLP.

Under federal statute, bankruptcy courts have the right to weigh in on the legality of fines and penalties, he said. Most often, they have done so to calculate the amount of a tax obligation, rather than to get a broad interpretation of state law.

On one hand, Efroymson said, federal courts prefer to let issues of state law be determined by state courts.

But given the large sum of money at stake, the court should determine the matter plays a significant role in Indiana Live’s ability to reorganize or sell assets. That would give the bankruptcy court incentive to deal with the matter expeditiously, Efroymson said, rather than let it work its way through the state courts, which takes much longer.

“Some might argue the Delaware courts are debtor-friendly, and the objective is to get a Chapter 11 [bankruptcy] plan confirmed,” Efroymson said. “The court might bend over backwards to find a way to address this issue.”•