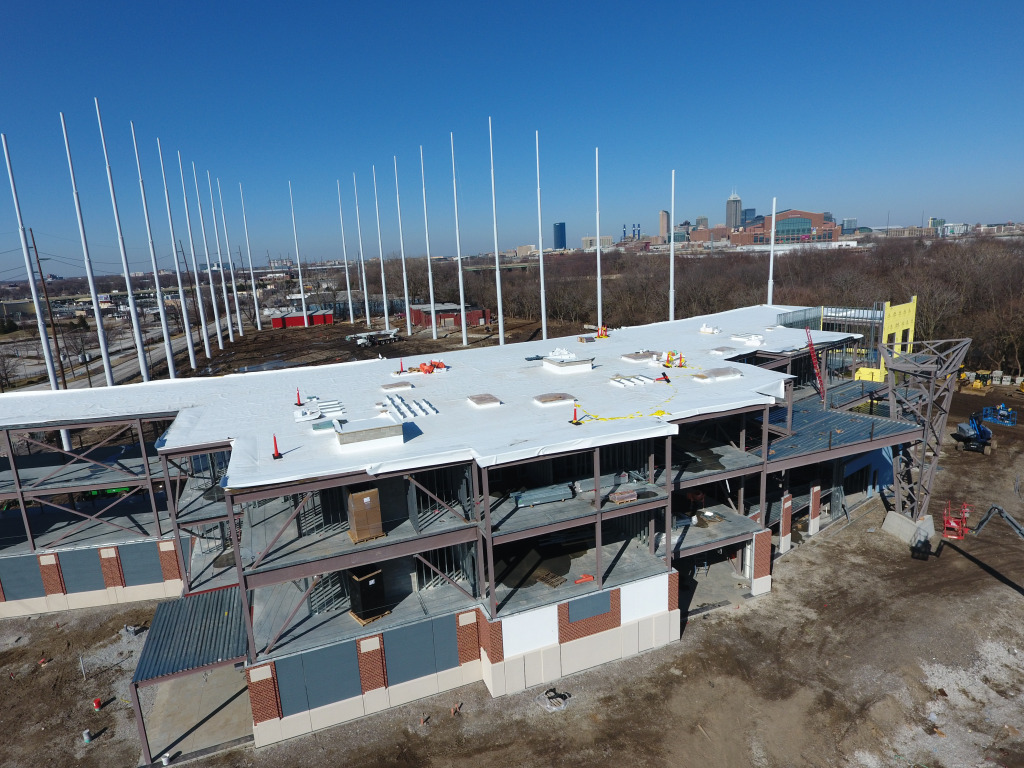 Back 9 Golf and Entertainment, a $30 million venue near downtown, is expected to open in June. (Photo courtesy of Back 9)

A $30 million golf and entertainment space is set to open this summer southwest of downtown Indianapolis.

Back 9 Golf & Entertainment said Tuesday that it plans to open to the public in June after about eight months of construction.

The facility, which feature a three-story golf range, restaurant and bar spaces, and a 350-person music pavilion, is expected to create up to 200 full-time and part-time jobs.

The facility is being built near West Morris Street and Drover Street along the White River, close to Lilly Technology Center’s north campus.

The company said details about hiring events will be announced in the coming weeks.

Back 9 bills itself as downtown Indy’s fourth stadium, with amenities including 75 climate-controlled golf bays, an outdoor beer garden and a game area. The planned music pavilion will feature weekly musical performances with a focus on Indianapolis-based artists.

“Developing Back 9 near downtown’s riverfront was a deliberate revitalization effort to connect this area with central Indiana residents and beyond,” said Neal Burnett, founder of Back 9 Golf & Entertainment. “This Back 9 location is just the beginning, as we hope to bring this unique entertainment experience to more communities across the Midwest, and we’re eager to open our doors for the first time to the Indianapolis community.”

Steve Alexander, a partner in ownership group MWA Drover LLC, told IBJ in September  that the project is expected to help connect the river to the Old Southside and Stadium Village neighborhoods just to the east.

“Where other facilities are usually located in suburban environments, near strip malls and interstates, we’re uniquely focused on the outdoor relationship and the site’s proximity to downtown,” Alexander said. “We see a lot of potential with the [White River] Trail and even waterfront sports that could become part of the project in the future.”