David M. Parry was known a century ago for his hatred of labor unions and for the cars he built, but he also made his mark with the Golden Hill estate he organized near White River. 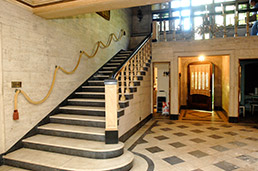 Today, the home at 3650 Spring Hollow is for sale at $600,000. The house is in mostly original condition but needs a comprehensive restoration.

Parry was typical of industrial-era entrepreneurs. He worked his way up from clerk, bookkeeper and traveling salesman in the Midwest to buying a Rushville carriage manufacturer. He moved the company to Indianapolis in 1886 and converted to building automobiles. He later started Overland Automobile Co., which was sold to John Willys, who moved it to Ohio and made Jeeps. 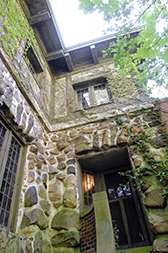 While president of the National Association of Manufacturers, Parry made it his business to fight unions and the Progressive movement.

Golden Hill, which also borders 36th Street, was platted in 1872, according to the “Encyclopedia of Indianapolis,” but the area hadn’t been developed until Parry bought it early in the new century. Upon his death in 1915, the family subdivided the property. Such local luminaries as George H.A. Clowes and William B. Stokely also lived in the neighborhood.

Houses in Golden Hill were mostly sold to friends or passed down to family members as recently as the 1980s, and the neighborhood was put on the National Register of Historic Places in 1991.•