When she joined Duke Realty in 2009, CFO Christie B. Kelly hit the ground running. She worked with the CEO and other members of the executive team to develop a five-year strategic plan to revamp Duke’s investment portfolio, generate additional income from operations, and strengthen the balance sheet. It was no small job, given that the Indianapolis-based, publicly traded real estate investment trust owns and operates roughly 140 million rentable square feet of industrial and office assets with an aggregate value of $7 billion. And it didn’t help that all of this took place during the recession.

“At the onset of our strategic visioning, during some of the worst days in 2009, finance needed to ensure our strategic decisions were tied to reliable financial criteria and that we were understanding what our stakeholders expected of a top-performing REIT,” Kelly said. “We listened, analyzed, focused on our strengths and envisioned a more profitable and less volatile earnings profile for our company and shareholders.” 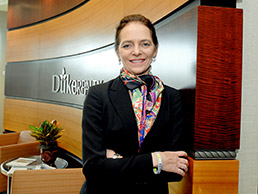 Civic Involvement: Working with special needs children; a member of Impact 100 Greater Indianapolis, which awards grants to not-for-profits in the areas of arts and culture, education, environment, family, and health and fitness

Kelly also directed Duke’s efforts to strengthen its balance sheet. In 2011 the company reduced its unsecured debt obligations and preferred stock by more than $615 million, provided for all of its 2012 debt maturities and bolstered its liquidity position through the renewal of an $850 million unsecured revolving credit facility. As of June 30, Duke had $107 million in cash on hand and no balance on its line of credit.

As a result, the company has outperformed other competing REITs, along with the S & P 500 and S & P 400, with more than 30 percent total shareholder return during 2012.

Kelly was also a guiding force in establishing Duke’s 18-month-long leadership development program. She’s adept not just at executing complex financial transactions, but at explaining them. And she’s plainspoken when offering her take on the economy. The country, she says, will see more of what it experienced in 2012. As for the reasons, take your pick: the European debt crisis, an anemic U.S. recovery, a possible Chinese meltdown, Middle Eastern disarray, or something unforeseen. Whatever happens, she feels that Duke will weather the storm—and provide a safe harbor for investors.•