The career of Manchester University vice president, CFO and treasurer Jack A. Gochenaur has followed a distinctly circular path. He graduated from Manchester in 1970, worked numerous positions around the Midwest, then returned to his alma mater in 2003 as vice president of financial affairs and treasurer. There he oversees a $34 million annual budget that includes investments, recordkeeping, student financial aid, information technology—even the campus food service.

During his nine years on the job he’s helped increase enrollment, strengthened the school’s finances and overseen both a $9.1 million renovation and expansion of the Academic Center on the school’s main campus, and creation of a Fort Wayne satellite campus with a $19 million main building that houses Manchester’s pharmacy school. 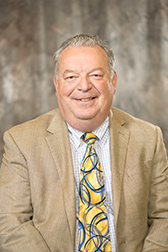 “Jack provided the financial projection data and a compelling argument to help convince a risk-averse board of trustees that the College of Pharmacy was financially viable,” said Manchester University President Jo Young Switzer.

All of this was accomplished in the teeth of the great recession. “The university’s ability to be true to its mission and live within its means during this difficult period was in no small part due to the respect and trust that Jack has with other members of the leadership team,” says university trustee Chuck Winger.

As for revenue, Gochenaur has focused administrative and board attention on gaining dollars from all aspects of enrollment, from room and board to tuition, and facilitated enrollment growth from 1,050 to 1,300 students. Gochenaur was also the driving force behind the creation of the Indiana Risk Management Association, an insurance consortium of nine private colleges that self-insure casualty and liability coverage.

He’s also made a difference simply by hanging around for so long. “Before Jack’s arrival, Manchester had four CFOs in 10 years,” said former trustee Ken Metzger. “Jack brought much-needed stability to the institution’s finances.”

Gochenaur, who refinanced the school’s debt into a new tax-exempt bond to take advantage of today’s low rates, is also a strong advocate of student financial literacy, and counsels individual students facing financial and personal challenges.

“Colleges are receiving a lot of challenging press lately around the topics of affordability, accessibility, high levels of student debt, student loan default rates, graduation rates in four or five years that are too low, and competition from non-traditional providers,” he says. “It requires bold leadership from faculty and staff to explore our delivery methods in light of the demands of the marketplace, to make changes where required but not to sacrifice our mission.”

This year Gochenaur thinks students will continue to struggle to find the cash necessary to pay for a four-year degree. As for the rest of the country, he sees a significant amount of pessimism among the citizenry.

“It can be contagious and self-fulfilling,” he says. “I believe that next year will be much the same as 2012. There are no clear ‘fixes’ in sight. We are in a world economy and heavily influenced by world economies and events. Learning to deal with a world of uncertainty without becoming paralyzed will afford us the possibilities of being leaders in our own organizations.”•