A child who’s withdrawn and having trouble in school. A homeless man living under a bridge. A mother who’s addicted to prescription drugs. And a person recently discharged from a state hospital who needs help learning to live on his own. What do they have in common? Midtown Community Mental Health.

Since 1969, Midtown, Indiana’s first community mental health center, has been providing an array of resources for people from all walks of life who suffer from mental illness. 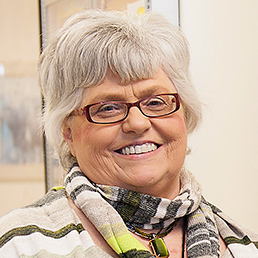 The organization has a tall order to fill. Estimates are that one in four adults and one in five children will suffer from some kind of mental illness in their lifetime.

Midtown’s philosophy of treatment is based on a “recovery model” that builds on the strengths of individuals to help them achieve the best possible quality of life. The ultimate goal is to help the patient integrate back into the community. Family and members of patient support teams are encouraged to participate in their recovery. Rather than focus on individual or group sessions that happen in an office, patients are often cared for in their own environments.

“We find it’s much more effective to meet the client where they are, and that helps them bring in the resources to make them successful,” said Margie Payne, Midtown’s CEO and vice president of mental health operations at Wishard Health Services, which operates the clinics. Payne has been part of the Midtown system for 27 years.

Midtown also has a presence in local schools, the Juvenile Detention Center, the day shelter Horizon House and at Wishard Health Services. Midtown’s Homeless Resource Team, based at Horizon, assisted more than 2,800 people in 2012.

“Midtown is the primary safety net service for those with mental health needs in Indianapolis,” said Alan D. Schmetzer, M.D., who teaches in the department of psychiatry at Indiana University School of Medicine.

While other excellent community mental health centers are now scattered throughout Marion County, it is still Midtown that is looked to for leadership in providing the most innovative and effective services in the Indianapolis area.

One recent cutting-edge practice is Midtown’s Screening, Brief Intervention and Referral to Treatment program, which screens each patient in Wishard primary care settings for risky behaviors associated with depression, alcohol or drug use. A Midtown professional is available on-site for follow-up. Since March, 2012, more than 10,000 patients have been screened, and 30 percent tested positive for depression. The project received the Indiana Public Health Foundation Award in 2012 and is expected to be duplicated statewide.

Midtown also trained Wishard’s Rapid Intervention Team to identify people in emergency rooms who might be suffering from mental illness so it could take preventive measures designed to avoid altercations and arrests. Subsequently, the number of arrests in Wishard’s emergency department dropped 50 percent from 2011 to 2012. The team received the Indianapolis Patient Safety Coalition Award.

Through its Crisis Intervention Team program, Midtown has developed and provided training to the police department and school systems. It also trains other health care agencies on best practices related to mental health issues.

Midtown’s new Crisis Respite Center, the first in Indiana, provides a structured environment outside a hospital setting for patients who need a few days to stabilize. Another successful new program is the Wishard-based Prevention and Recovery Center for Early Psychosis, which provides testing to diagnose psychotic disorders such as schizophrenia. With early, intense treatment patients can potentially avoid some of the negative outcomes associated with the disease. The clinic now cares for more than 120 patients.

“Being on the cutting edge of new best practices and being affiliated with Wishard, the Department of Psychiatry and the IU School of Medicine gives us opportunities to try new things, to research new things,” Payne said. “That helps us provide better outcomes for patients, whether it’s keeping people in school or working, keeping them out of jail or in their apartments.”

Midtown’s outreach touches thousands of patients and hundreds of organizations within the community. Funding is provided by state and federal grants and Wishard Health Services.

“We’re known as the ‘hidden secret’ in the community,” Payne said. “I’d like everyone to know that Midtown is right here in the community, and we’re here to help anyone who may be suffering from a mental illness or addiction. The earlier people get treatment, the better outcome they have.”•