Each year approximately 300,000 Americans will suffer an out-of-hospital cardiac arrest. The odds don’t favor those people—only 8 percent, or approximately 24,000, will survive.

If CPR is administered immediately, the chance of a good outcome goes up by as much as 20 percent. The person’s chance of having a good neurologic outcome can be increased by 20 percent to 40 percent. 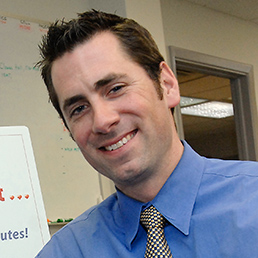 The sad fact, however, is that most “bystanders” don’t know how to do CPR, and lives that could be saved are lost.

IndyCARES, short for Indy Cardiac Arrest Registry and Education Services, is a not-for-profit division of Indianapolis Emergency Medical Services. It was created in 2011 to improve the odds of survival for people who suffer an out-of-hospital cardiac arrest. The idea for it was born out of discussions Dan O’Donnell, M.D., deputy medical director of IEMS, had with peers during a national conference.

IndyCARES was developed based on existing out-of-hospital cardiac arrest data for all of Marion County. A comprehensive registry was created that could provide meaningful, real-time information. But IndyCARES took it a step further and added community outreach and an educational component.

“Our outreach, and specifically CPR education, is really the meat of IndyCARES,” said O’Donnell, who coordinates and manages IndyCARES. “Our motto is: Give us five minutes and we’ll teach you how to save a life.”

Using a core of volunteers—typically paramedics or EMTs affiliated with IEMS—IndyCARES spreads the word at health fairs and other neighborhood events, teaching CPR and answering people’s questions. And they do it all free of charge. To date, IEMS/IndyCARES has attended 25 events, and 1,763 people have visited the IndyCARES booth.

O’Donnell considers IndyCARES’ biggest accomplishment to be the more than 1,500 people the organization has educated on CPR. “That’s amazing considering we’re a new program and we’re really learning as we go,” he said.

Public response has been favorable. ”IndyCARES provided awareness and education to a diverse population consisting of seniors, adults, teenagers and children,” said Johnnie Washington, president of the board of the Minority Heath Coalition of Marion County. “Their focus was interactive, and they were well-received by the participants who would not normally get this information on a day-to-day basis.”

The numbers are proof that IndyCARES is making progress. Of the 675 cases of out-of-hospital cardiac arrest recorded by IndyCARES in 2012, 40 percent (267 patients) were revived in the field. (The national average is in the 30- to 33-percent range.) Between 2011 and 2012, the number of patients receiving CPR from a bystander increased by 8 percent.

“These statistics are both impressive and promising, and with continued community outreach efforts by IndyCARES, it is hopeful that these numbers will continue to improve,” said James Jones, M.D., Wishard Emergency Medicine Chair, Wishard Health Services. “IndyCARES is helping to save lives in the Indianapolis community.”

O’Donnell attributes IndyCARES’ success to several factors: the support of Indianapolis EMS and Wishard Health Services and other partners; the volunteers who work the fairs and provide other support; the new, simplified guidelines for CPR; and the registry that allows IndyCARES to track its results.

In the future, IndyCARES plans to develop targeted outreach programs for the highest-risk parts of the county, such as the city’s southeast side. O’Donnell would like to see Marion County’s neurologic outcome numbers be among the highest in the country. “I really think that’s achievable with this program,” he said.•