One-hundred to 200 “healthy” American babies go home from the hospital each year with undiagnosed critical congenital heart defects. Kristine Brite McCormick’s little girl, Cora, was one of them. At only five days old, Cora died unexpectedly in her mother’s arms.

Cora’s death could have been prevented had she been given an inexpensive, non-invasive screening test at the Fort Wayne hospital where she was born. 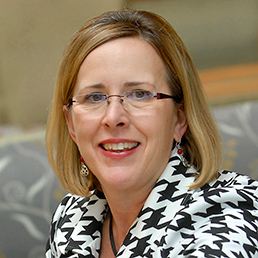 McCormick was instrumental in bringing this to the attention of the state legislature. In February 2011, Senate Bill 0552, “Cora’s Bill,” passed, making it mandatory that infants be given a pulse oximetry screening examination to detect low oxygen levels. The law went into effect Jan. 1, 2012.

This was just the first step. If the appropriate health care providers weren’t aware of the exam, it wouldn’t save babies’ lives.

Enter St. Vincent Women’s Hospital and nurse Beth McIntire. With only eight weeks to spread the word to everyone the law might effect, McIntire, regional coordinator for Maternal Fetal and Neonatal Services for the hospital, organized a campaign blitz.

“We’re a large Level IV (the highest level) center and one of only two hospitals in the state that have pediatric cardiovascular surgeons,” McIntire said. “We have a responsibility to our referral facilities and physicians to help them improve the care they deliver and keep them informed on the latest issues.”

McIntire’s campaign wasn’t limited to St. Vincent-affiliated health care providers and hospitals. The goal was to reach everyone with a need to know.

One of the first things McIntire did was contact McCormick to request permission to use Cora’s picture in the campaign materials, knowing the image of a beautiful baby girl would make the message far more meaningful.

Postcards featuring Cora’s picture were sent to pediatricians statewide, information was published in a best-practice journal and McIntire took the show on the road, personally speaking to physicians and nurses statewide.

McCormick was pleased to have Cora’s part in it acknowledged. “Having St. Vincent Women’s Hospital pick up the ball and run with it was exactly what was needed,” she said.” It took a lot of work in a short amount of time, and I’m just thankful they did it. It wouldn’t have worked without the education piece.”

A month after Cora’s Law went into effect, a baby boy failed his pulse oximetry screening at Jasper Memorial, one of the hospitals McIntire had visited. An ultrasound revealed a critical congenital heart defect, and he was immediately transferred to St. Vincent for surgery. This time there was a happy ending.

When the family brought Baby Gabriel back for his three-month check-up, McIntire introduced them to Cora’s mom. “You have defining moments in your career,” McIntire said. “This has got to be one of mine.”

For McCormick, it was healing. “Holding Gabriel was the closest that I’ll ever get to feeling better, to feeling whole again,” she said.

McIntire praised McCormick’s advocacy and the state legislature’s openness to it. “It was an absolute domino effect,” she said. “We were just one of the dominoes.”

Albeit a very strategic one. “It was a real tribute to Beth’s ability to work with people to accomplish something this important,” said Robert Jansen, M.D., neonatologist, St. Vincent Women’s Hospital. “It’s an important thing for the babies. And that’s what we’re all about.”•