Former accounting manager Dwain Underwood charges that the $40 million payout should have been factored into the calculation the company used to determine whether he and other employees were entitled to incentive bonuses.

Underwood filed his lawsuit in late February in Marion Superior Court. He is seeking class-action status on behalf of about 40 former or current employees of HHGregg. 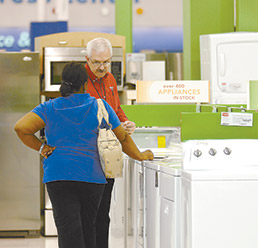 He claims HHGregg should have paid him a $25,000 bonus based on the company’s fiscal 2012 earnings before interest, taxes, depreciation and amortization, or EBITDA, of $144.4 million.

“They did include the proceeds in their internal books; that’s black and white,” Underwood’s lawyer, Eric Pavlack, said. “But they chose not to honor their commitment.”

He is suing the company for breach of contract and unjust enrichment.

An HHGregg spokeswoman said the company does not comment on pending litigation.