You know the drill—find a place where a contingent from your organization can fall back and talk about something important. (Or unimportant.)

But you’ve been to the popular retreats.

Some are swanky, while others are homespun and still others offer modern sophistication. 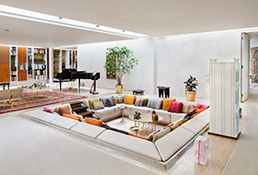 Why it’s unique
The cutting-edge taste of late industrialist J. Irwin Miller and his wife, Xenia, live on in the landmark mid-century modern home they built in Columbus. The few groups allowed into the home must agree to a string of preservation-inspired rules, including no red wines or dark foods.

Why it’s obscure
Most people in Indianapolis wouldn’t think of the Miller house as a retreat location because it’s a house and is an hour away. 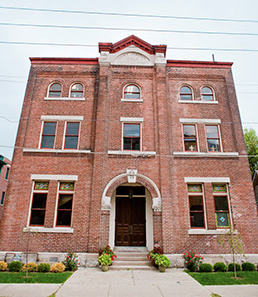 (Photo courtesy of Arch at Chatham)

Why it’s unique
Originally a boys school operated by a nearby Catholic church, the building housing Arch at Chatham has an upstairs hall—formerly the gymnasium—with exposed wood beams where meetings are held.

Why it’s obscure
A block off the beaten path of Mass Ave., by day the building could be mistaken for the collection of offices the building also hosts. 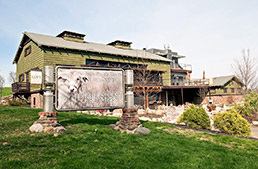 Why it’s unique
Just how many working organic dairy farms are there within Indianapolis city limits? Traders Point Creamery, which has a Zionsville address, feels like it’s in the country but actually is surrounded by sprawl.

The meeting space also isn’t the typical four symmetrical walls with ergonomically correct seats and a Starbucks within walking distance. And there is risk: One’s attention might drift from the business at hand to the grazing cows and the prospect of tasting the dairy’s products.

Why it’s obscure
It’s a rare executive who has Traders Point top of mind. One must navigate back roads to find it. 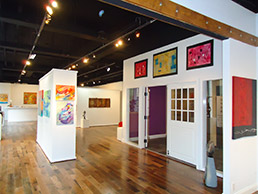 Why it’s unique
The contemporary fine art gallery offers not only a display of pieces from around the world, but also a view of Monument Circle and pedestrians below.

Why it’s obscure
One has to be purposeful about finding it. Located on a second floor, it can’t be accessed directly from the street. 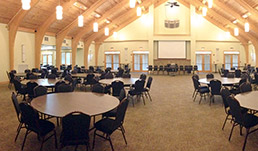 Why it’s unique
The pavilion in Avon’s Washington Township Park is at the leading edge of Indianapolis sprawl but feels more like Brown County. Designed to look like a lodge, the pavilion has soaring ceilings lined with exposed wood. Behind the building is a pond.

Why it’s obscure
Few people know about the pavilion if for no other reason than because it’s nearly new—having opened in 2010. But even many locals don’t know it exists because it’s nestled at the bottom of a hill in the park; everyone else is at the top grilling burgers and playing on the playgrounds. 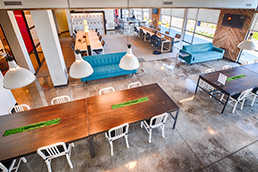 (Photo courtesy of The Bureau)

Why it’s unique
The Bureau is primarily a snazzy co-working space for entrepreneurs, and wired to the teeth. But by night it converts to event space.

Why it’s obscure
Walking by the storefront on the Cultural Trail, it isn’t readily apparent what goes on in the building with modern-looking, white-walled space. 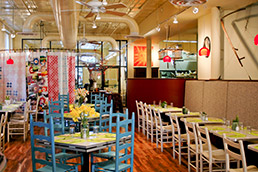 Why it’s unique
The restaurant, bar and market specializes in locally sourced food and beverages—everything from herbs to pork grown organically on a Columbus farm—but also has spaces for functions and a semi-private chef’s table.

Why it’s obscure
A foodie destination as a corporate getaway? Draw your own conclusions. 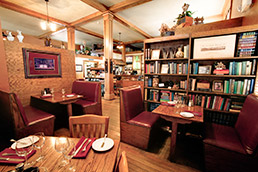 Why it’s unique
The former Carnegie-funded public library and city hall blends the formal environment of an old library with such features as a 225-gallon fish tank, a jukebox and shuffleboard.

Why it’s obscure
The building looks more like a museum than a place for corporate confabs. 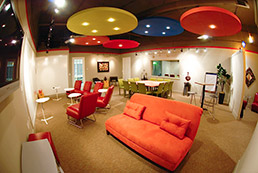 Why it’s unique
Gut an expanse of offices and incorporate reams of whiteboard, a 70-inch flat-screen TV and fast Internet service into a bright, colorful, trendy environment, and you have a spot to hold brainstorming sessions.

Why it’s obscure
Nobody would expect a place like this in a bland office park. 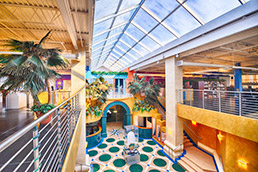 Why it’s unique
CMG Worldwide is best known for representing the intellectual property of such celebrities such as James Dean and Jackie Robinson, but tucked away in its headquarters are a museum and a conference room for events and corporate meetings. The museum features Hollywood artifacts and memorabilia that include a wig worn by Marilyn Monroe.

Why it’s obscure
CMG is tucked away in a suburban office park. But its camouflage disappears in front of the building as the images of Dean, Robinson, Amelia Earhart and Bettie Page in the windows suggest something unusual is inside.•