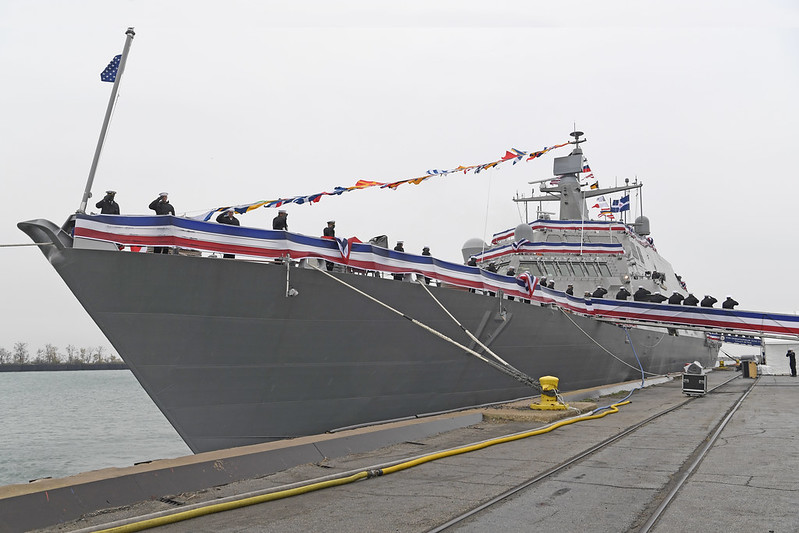 Gov. Eric Holcomb, a Navy veteran, noted the Freedom-class littoral ship was made with Indiana steel. He also said the ship carries a “historic legacy” of the second USS Indianapolis that was sunk by a Japanese submarine in July 1945 while returning from delivering key components for the Hiroshima atomic bomb. Only 317 of its nearly 1,200 crewmen survived the sinking and days in shark-infested waters.

The new $450 million, 3,900-ton ship will be based near Jacksonville, Florida. It’s designed to be highly maneuverable for missions such as mine-clearing and anti-submarine warfare.